Ralph and the Princesses!

"Ralph Breaks the Internet" (2018) is the Walt Disney Pictures sequel to "Wreck-It Ralph" (2012). It was directed by Rich Moore, who directed "Wreck-It Ralph," and screenwriter Phil Johnston. 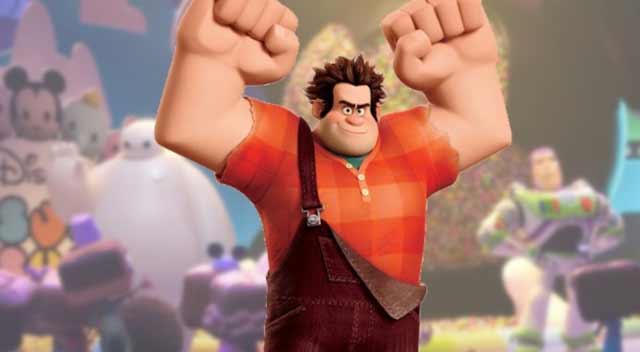 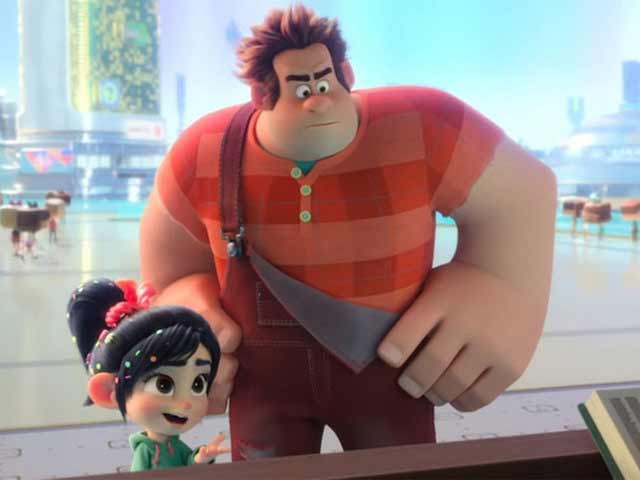 Vanellope also is voiced by the same actor who voiced her in "Wreck-It Ralph." In fact, most of the actors from "Wreck-It Ralph" return, with new voice actors playing mostly minor characters. 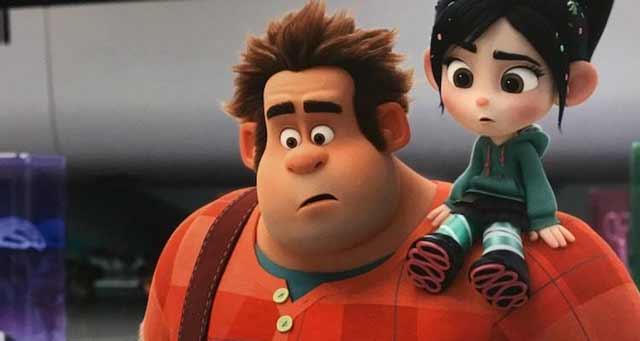 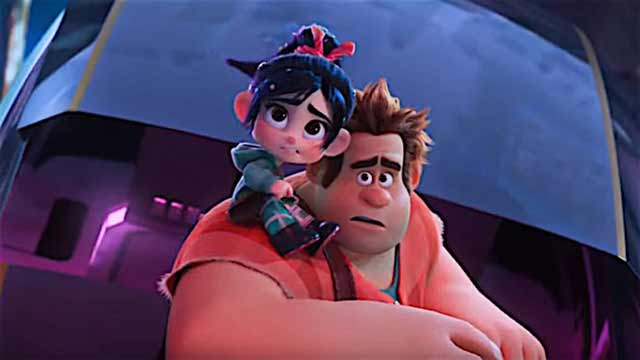 Walt Disney Animation Studios does not do a lot of sequels to its feature-length animation films. Two that stand out were "Winnie the Pooh" (2011), which was a sequel to "The Many Adventures of Winnie the Pooh" (1977), and "The Rescuers Down Under" (1990), which was a sequel to "The Rescuers" (1977). None of the Disney films during the Disney Renaissance of the 1990s had a full-length sequel that was released theatrically. 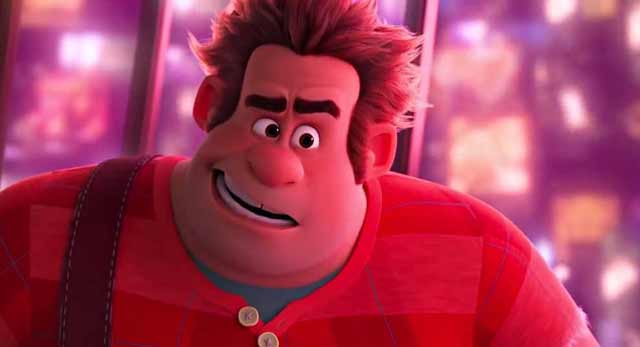 Walt Disney Animation Studios does a lot of sequels to its animated films, and you probably have seen them in the store. However, they are usually not released theatrically or are not feature-length.

For instance, "The Little Mermaid" had sequels, but they were released straight-to-video. That doesn't mean they were bad movies, they just didn't fit into Disney's tight schedule for releasing films into theaters. That's a nice problem to have! 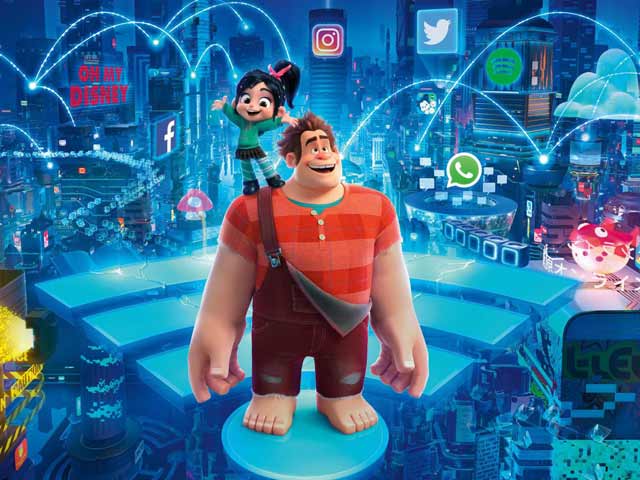 The next Walt Disney Animation Studios feature-length theatrical sequel is expected to be "Frozen 2" in 2019. "Frozen," of course, was the highest-grossing animation film of all time, so that sequel is eagerly awaited.

Elsa and Anna from "Frozen" haven't officially been inducted into the Disney Princess line yet because their films are too popular. You can rest assured, however, that Anna and Elsa will become official princesses when the time is right.

The general plot of "Ralph Breaks the Internet" is that Wreck-It Ralph and Vanellope von Schweetz like to play a video game together at Litwak's Family Fun Center and Arcade, but they accidentally break the game's wheel. The wheel is so expensive that Mr. Litwak shuts the game down rather than repair it. Wreck-It Ralph and Vanellope find a replacement wheel, but it is too expensive. So, they steal a car from the online game "Slaughter Race" to raise the money.

When this doesn't work, they create a series of popular videos that become viral. Eventually, Ralph earns the money to pay for the wheel, but Vanellope decides that she wants to leave the arcade and go into Slaughter Race permanently. Ralph unleashes a virus into Slaughter Race" to get Vanellope's mind off of it, but the virus accidentally clones Ralph on the Internet. Ultimately, the Disney Princesses come to the rescue and save Ralph from the clones, while Vanellope stays in Slaughter Race. 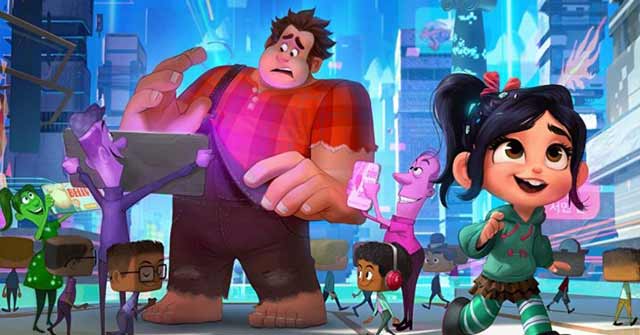 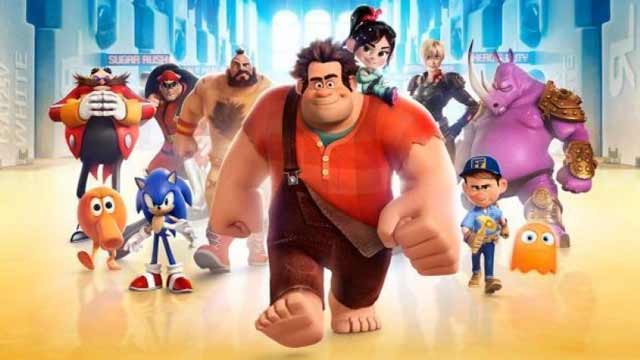 For instance, Sonic the Hedgehog, Buzz Lightyear, and C-3PO from "Star Wars" appear in "Ralph Breaks the Internet." There also are a lot of new characters from Slaughter Race, such as Pyro (Hamish Blake), Felony (Ali Wong), and Little Debby (GloZell Green).

By far, though, the most popular guest stars in "Ralph Breaks the Internet" are the princesses from other Walt Disney films. The princesses who appear in "Ralph Breaks the Internet" include: Jennifer Hale as Cinderella, Kate Higgins as Aurora, Jodi Benson as Ariel, Paige O'Hara as Belle, Linda Larkin as Jasmine, Irene Bedard as Pocahontas, Ming-Na Wen as Mulan, Anika Noni Rose as Tiana, Mandy Moore as Rapunzel, and Kelly Macdonald as Merida. 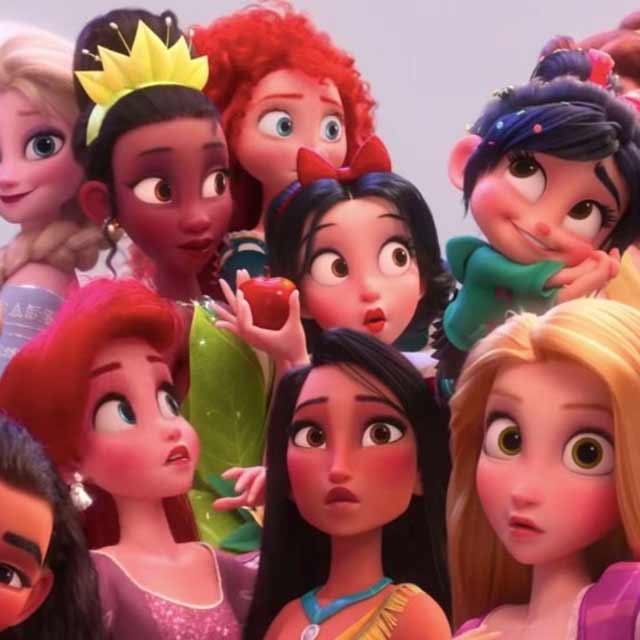 The voice actors who voice the princesses are the same ones that voice the characters in their most recent films. Snow White also appears, voiced by screenwriter Pamela Ribon. Most people who watch "Ralph Breaks the Internet" are most fascinated by the appearance of the Disney princesses. 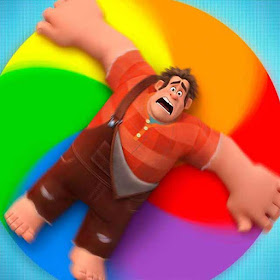 A lot of other Disney characters favorites appear in "Ralph Breaks the Internet." These other Disney characters who appear in "Ralph Breaks the Internet" include  Mickey Mouse, Grumpy, Dumbo, Humphrey the Bear, Eeyore, Tinker Bell, Nick Wilde, Heihei, Baymax, R2-D2, Yoda, First Order Stormtroopers, Iron Man, Judy Hopps, and Rocket Raccoon. If you know who all those characters are without having to look them up, you watch a lot of Disney animated films! 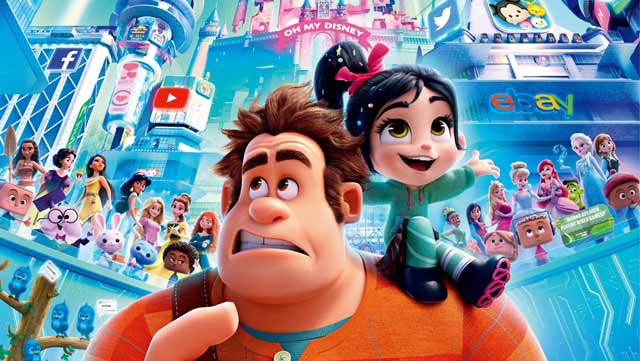 A big rumor was that Mario from the Mario Brothers would appear. However, Mario is not in "Ralph Breaks the Internet." There are more rumors that, if there is a third "Wreck-It Ralph" film, Mario will star in it. However, nothing along those lines has been said officially and probably won't for several years. 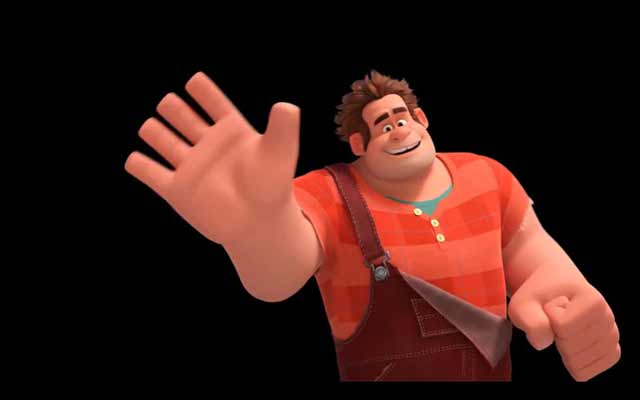 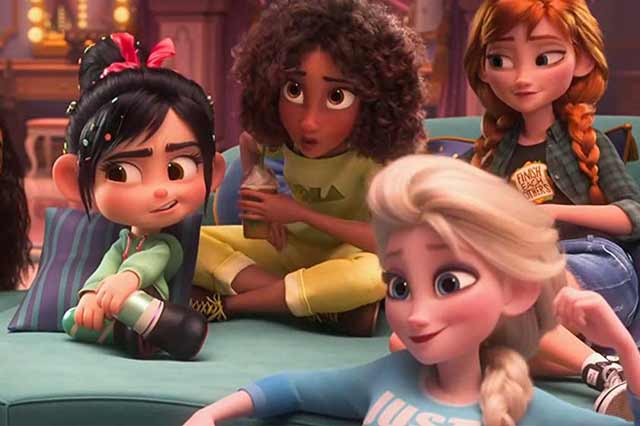 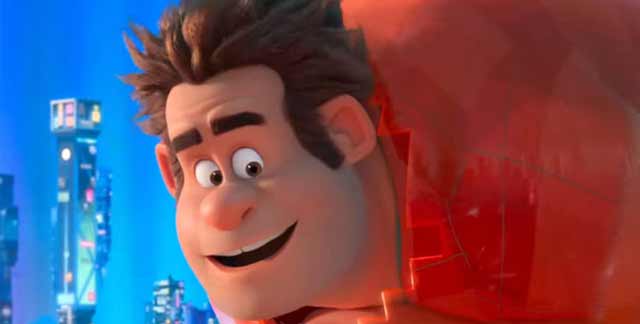 The animators put a lot of work into "Ralph Breaks the Internet." There are 150 unique sets in  "Ralph Breaks the Internet." That requires a lot of work in creating an entire environment in which the characters can move around and with which they interact. That's probably one of the reasons why it took six years to release this sequel to "Wreck-It Ralph." 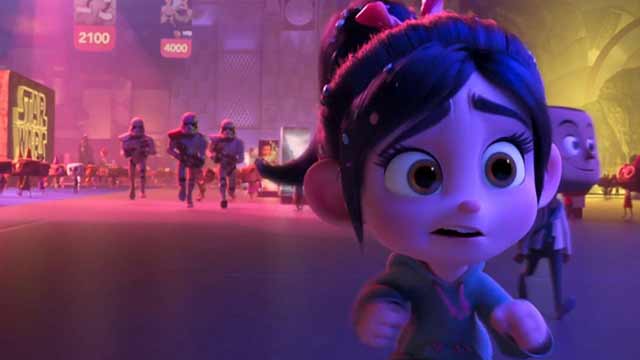 The credits for  "Ralph Breaks the Internet" feature Ralph "rickrolling" the audience. If you don't know what that means, watch the film. 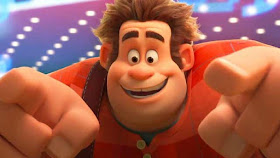 Some of the Disney Princesses haven't been seen in an animated film in a long time. In fact, the animators had difficulty creating some of the princesses because they had never been portrayed in modern animation. The animators had to translate the original hand-drawn characters into three-dimensional characters. To do this, they used some dolls of the characters. Thus, even though all of the Disney princesses appeared in their own films, some have a very new look in "Ralph Breaks the Internet." 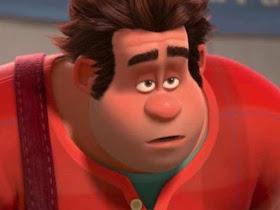 There also is a lot of talk about routers and viruses and so on and so forth. If you aren't that into the Internet, it may get a bit confusing at times. However, if you are a computer geek, or just really like the Disney princesses, "Ralph Breaks the Internet" is right up your alley. 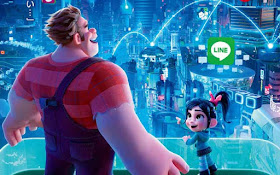