Sexy "Heavy Metal" Has Something for All Mature Audiences

"Heavy Metal" (1981) is largely forgotten by most people, but it has a devout cult following among lovers of both animated sci-fi fantasy films and 1970s rock music. It is a film of its time, but if you were there, you recognize the style and the ethos. "Heavy Metal" is enjoyable by modern audiences as long as they can appreciate a wild tale of savage beauty.

Yes, it contains drug and sexual references and a whole lot of violence. However, "Heavy Metal" also offers some wry commentary on cultural conditions amidst a lot of unrestrained and thoughtful imagination. There is a lot of serious insight right beneath the surface of "Heavy Metal" if you care to look and see it.
An anthology mélange like the eponymous magazine on which it is based, "Heavy Metal" is a collection of disparate tales that are tied together with the loosest of thread - much like the outfit of one of the main characters, Taarna.

Despite getting little respect from professional film critics, "Heavy Metal" has served as inspiration for many later works including "The Fifth Element" (scruffy futuristic taxi driver saves redhead), "Blade Runner" (flying cars), an episode of the animated television series "South Park" and "Heavy Metal's own 2000 sequel. That's not a bad legacy at all for a low-key animated feature film not made by one of the major studios.

Produced by Ivan Reitman and Leonard Mogel, who also was the publisher of Heavy Metal magazine, "Heavy Metal" was rated "R." How it escaped an "X" rating is a bit of a mystery, but those were different times with different standards. Be advised that "Heavy Metal" is for mature audiences only due to its violence, adult themes, and sexual imagery.

Begun in 1977, Heavy Metal magazine was owned by the National Lampoon company, which did "Animal House" and many other very irreverent motion pictures. That explains the irreverent tone of Heavy Metal.

"Heavy Metal" has many different animation styles. They are not all top-flight, but they are original and highly personal. To use one word to describe them all, I would use "gritty." Some of the styles harken back to the 1960s "Yellow Submarine" era, while others are extremely sophisticated and approach CGI quality (which was not available in 1981). Like the magazine, "Heavy Metal" has images that look more like pop art than typical comic book poses.

The rotoscoping technique, wherein actors play out scenes and then are traced as animation, is used throughout. This gives "Heavy Metal" a very realistic appearance.

The "Heavy Metal" storyline is tied together by a mysterious orb known as the Loc-Nar that travels throughout the universe, including Earth. The Loc-Nar takes on different forms throughout "Heavy Metal" and exhibits magical and very dangerous properties. Let's be real - the Loc-Nar is the weakest part of "Heavy Metal" because it is just this undefined "thing" whose only substance is that it serves to frame the other stories. The film drifts far and wide during its different stories, but ultimately they are tied together by a tenuous but ultimately satisfying framing device.

The stories in order are:
Rather than go through the different plots, I'm just going to point out the parts of the film that really stand out.
The animators basically went where they wanted to go - the B-17 story was made by a World War II veteran who just wanted to tell a supernatural tale from that conflict - and things branch off in different directions. "Heavy Metal" thus features creativity run wild, which either comports with what you want from an animated feature film or doesn't. Any fan of animation should get a thrill out of it.

After the brilliantly drawn introduction, "Soft Landing," the first memorable sequence is "Harry Canyon." This tale follows a savvy cab driver in a dystopian New York City. The city of "Harry Canyon" is an obvious extension of trends that had been playing out in the decaying NYC of the 1970s. It is full of seediness and squalor with nobody really giving a damn about anything but their own self-preservation and enrichment. However, the city tableaus are instantly recognizable despite the futuristic elements of being set in 2031 if you are at all familiar with the New York of the late 1970s.

Easily the most memorable and exciting story, however, is "Taarna" near the end. She is a Taarakian warrior, the last one, in fact. Taarna is summoned by city leaders who are under attack by the Loc-Nar (it is never explained why the Loc-Nar does what it does, it just... does it). This story obviously was strongly influenced, if not directly inspired, by the comic book story "Arzach" by Moebius (real name Jean Giraud, who founded the French magazine "Métal hurlant" that led directly to "Heavy Metal" magazine). "Taarna" is replete with scenes of righteous fury, sheer savagery, and absolutely stunning animation. This ain't Disney, folks. The wicked tale of revenge and retribution in "Taarna" serves as a fitting and fulfilling climax to "Heavy Metal."

Strong, beautiful, and mute (like the character in "Arzach"), Taarna acts like a gunfighter from the Spaghetti Western genre, although she uses a sword instead of a gun. The "Taarna" segment exemplifies fantasy fulfillment for both men and women. Taarna's physical attributes are amply on display for the guys while her cool, savage, effective dispatch of the bad guys portrays a unique female superhero that has not been equaled.

By now, I hope you have a good idea of what "Heavy Metal" is about. While full of obvious 1970s drug references, it is not a film only for potheads or lovers of "Dungeons and Dragons." "Heavy Metal" some real art and some amazingly good rock songs from the likes of Don Felder of the Eagles (his "Heavy Metal (Takin' a Ride)" is a showstopper tune),  Blue Öyster Cult (yes, they did songs other than "Fear the Reaper"), Sammy Hagar, Devo, Cheap Trick, and Stevie Nicks). Elmer Bernstein of all people did the score, which shows clear echoes of his score the same year for "An American Werewolf in Paris."

This is an animation by adults for adults. It is uplifting in a very strange and savage sort of way and is a virtual peek into a certain mindset of the late 1970s. If you are interested in animation other than Disney princesses and are adventurous, I say, give it a whirl. 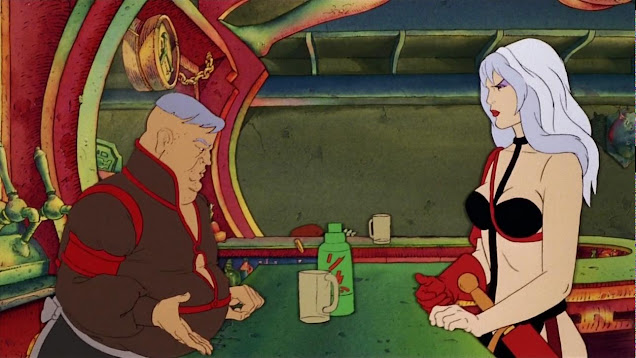 Battle of the Titans?

Israeli politics reached a critical point in early 2020 with the battle between Benjamin Netanyahu, Benny Gantz, and Avigdor Liberman. So, some animators decided to look at the situation anime-style. The result was their series of videos of which two are reproduced below, “State of Israel Anime.”

The video was the brainchild of Theo Dolev and Akim Dolinsky, who run their business called Frankendo. The company uses a variation of the famous "Nintendo" logo. 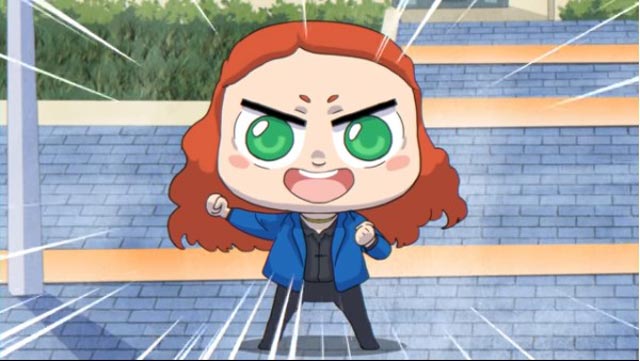 Benjamin Netanyahu, in particular, is a larger-than-life character, and the anime brings out the qualities that the public has become familiar with during his long service as the Prime Minister of Israel.

Even if you are not too familiar with Israeli politics, this series incorporates an interesting blend of animation styles. 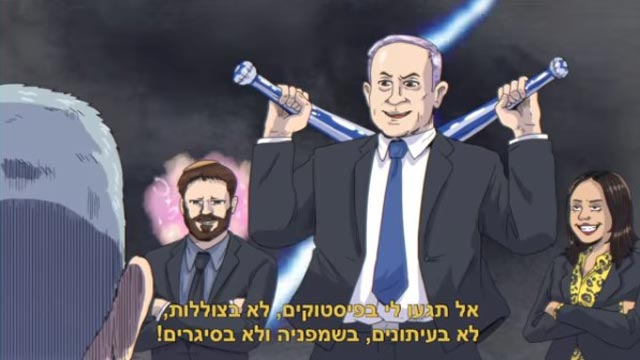