Let's Learn About Our Favorite Princess!

Ten Strange Facts about Princess Elsa from "Frozen." Princesses Anna and Elsa are the heart of Disney's "Frozen." There's no question that audience members respond to them and have made them into the most popular Disney princesses in years.

Elsa is the elder sister and has the best songs, such as the famous "Let It Go" which won an Oscar for its songwriters. If there is one thing that audiences take away from "Frozen," it is Elsa singing "Let it Go." Many young girls like to sing "Let It Go" and want to know everything they can about Elsa. She is a very popular greeter at Walt Disney World in Orlando, with waits at the Norway Pavilion to meet her reported to last for hours.

However, even the most ardent fan of "Frozen" may not know all that there is to know about Anna's big sister. Here are nine facts about Elsa and how she relates to the other Disney princesses that you may not know.

1. Her full name is Elsa the Snow Queen of Arendelle. Isn't that a lovely name that is easy to say? Very courtly. Elsa's full name itself is like a song.

2. The character is very loosely based on the titular character in Hans Christian Andersen's fairy tale "The Snow Queen." While The Snow Queen was completely evil and the main character of the original tale, that is not the case in "Frozen." Officially, Elsa is not the antagonist but rather what is known as a deuteragonist. That's the second most important character in a story. In "Frozen," Anna gets the most attention and is the protagonist or central character. While Elsa may be the most exciting character, she is not the one who goes searching for her sister, that is Anna.

3. There is a lot of speculation that Elsa was inspired by a real-life princess, Princess Grace Kelly of Monaco. While Princess Grace died in the 1980s, many people remember her elegance and refinement. Princess Grace was an American actress who married into royalty and thereby became a world figure.

4. Elsa's look completely changed during the making of "Frozen." Originally, she was going to have dark hair before becoming The Snow Queen, to give her a punk look. The hair would have been short and fierce. Ultimately, they decided that was the wrong look for Elsa.

5. Both Elsa and Anna love chocolate. They share another sisterly trait: they both have freckles, though they are sometimes hard to see.

6. The Technical Directors at Disney had to create entirely new software to accurately show Elsa's famous braid. It's not nearly as simple as they made it look, and since it is her signature hairdo (like Merida's in "Brave"), it had to be just right.

9. Elsa is only the second Princess in the Disney universe to not have any love interest. Even Anna has love! That may be because Elsa has to lock herself away in her own castle and nobody comes to visit. How sad! In fact, she is only the second princess to not find love, the first being Merida. Maybe she will find someone in the sequel? Here's hoping! 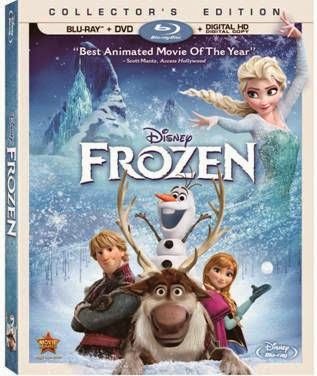 10. Elsa might be the first Disney Princess who is not a teenager. According to "Frozen" director Jennifer Lee, Elsa is in her early twenties. Also, she originally was supposed to be the villain of the story, as in the original fairytale. However, ultimately, they became the heroine.