The Flintstones: Behind the Scenes

The early 1960s were an interesting time in the animation field. Walt Disney had just ended his Silver Age run of unparalleled classic animated feature films, but all was not well in the industry. "Sleeping Beauty," truly one of the great animated films of all time, had just crashed at the box office, and Walt briefly considered shutting down the entire money-losing animation department.

Someone talked him out of it, but he looked for any way that he could to cut corners. One of his old-time colleagues, Ub Iwerks, came up with a new Xerographic form of animation. This was practically a new art form which, while slightly less artistic than previous hand-drawn animation, was also much cheaper to produce. Since "Sleeping Beauty" had undercut the animation department's finances even as the television and theme park businesses were booming, Disney had to make hard decisions.

To save the studio, Walt ultimately fired many of the pen and ink girls who had colored in his films over the years, some since the 1930s. This halved the cost of making animated films and kept the animators employed at least. 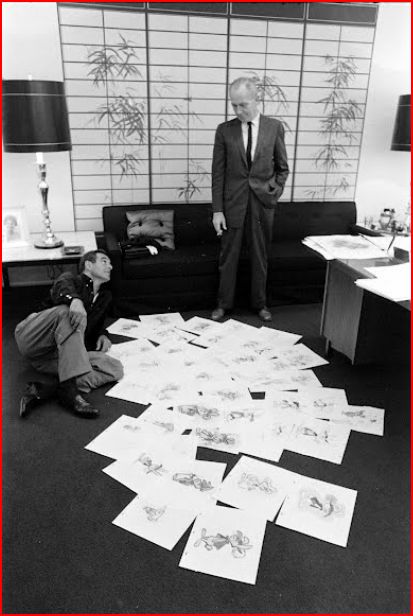 From then on, while Disney animated films were still the best in the business, the quality of the animation suffered. If you look carefully at Disney films after "Sleeping Beauty," beginning with "One Hundred and One Dalmatians" in 1961, you see faint black lines around all the characters - that is the Xerographic effect.

However, television animation had been developing throughout the 1950s, and by 1960 it was ready to burst forth with one of the most iconic animated classics of its own. This one would ultimately come to rival even the great Disney epics in popularity and enduring fame and influence.

Hanna-Barbera Productions, led by producers Joseph Barbera and William Hanna, created "The Flintstones" for television. It featured the voices of Alan Reed as patriarch Fred Flintstone, voice legend Mel Blanc as his buddy Barney Rubble (and many other characters as well), Jean Vander Pyl as Fred's wife Wilma, and Bea Benaderet as Barney's wife Betty. 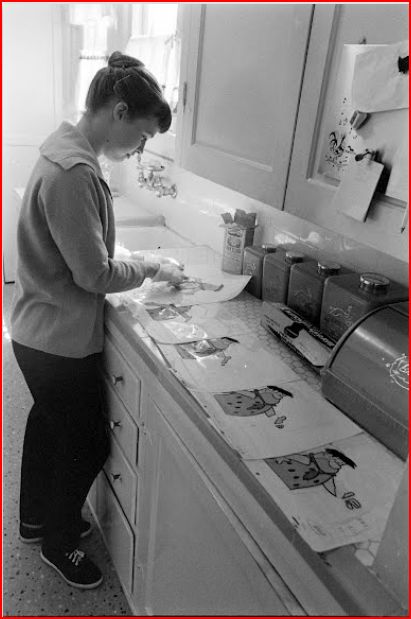 The show became a huge hit, airing in prime time and spawning all sorts of continuations, sequels, spin-offs or whatever you wanted to call more of the same thing.

For the industry, though, the show meant one thing: jobs. One of the little known facts of the early animation industry is that most of the grunt workers were women. Disney may have fired most of his staff, but they were not unemployed for long. Many left the Disney Ink and Paint Department in tears only to find a new need for their services at Hanna-Barbera, the studio known for the Tom and Jerry cartoons.

Hanna and Barbera sweetened the pot by offering the ladies the chance to work from home, where they could just as easily paint in the cels as they could at the studio. This was a savvy move on their part because Hanna Barbera was not a hugely successful studio at the time. 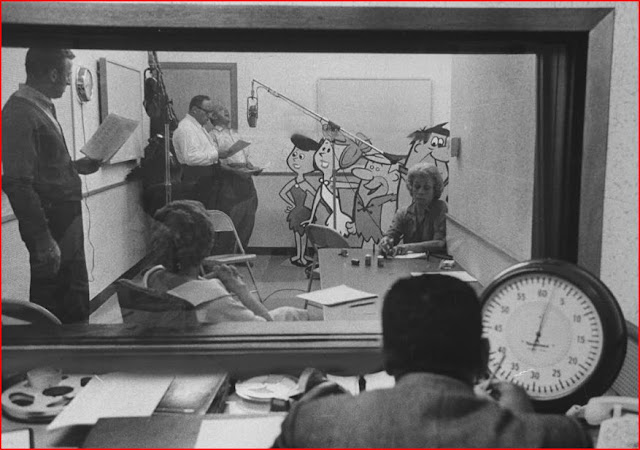 It was located in a dumpy, windowless, one-story brick building (which still exists) at 3501 Cahuenga (before they move down the street a couple of years later). Employees affectionately called it "The Bunker." It could barely fit 50 employees, so having the ladies work from home both induced them to sign up and also gave them a place to work. Compared to this first building, the later Hanna-Barbera Studios buildings were lavish.

Sometime around the very start of the show, around September 1960, photographers from Life Magazine took these shots for the November 1960 issue.

These shots are just a small sampling of the 850 photographs taken by Allan Grant. All of the photographs survive.

This was the "Mad Men" era, and you can see from Joe Barbera's office that Japanese prints were in fashion, along with pearl necklaces and tight skirts.

Maggie Roberts, pictured above and below and then secretary to Barbera, became his assistant and later led unsuccessful efforts in 1997 to preserve the Hanna-Barbera building after Time Warner bought out the studio by conferring Landmark status upon them.

However, in 2004, a plan was hatched by the Los Angeles City Council to save the three buildings, which had been designed by Beverly Hills architect Arthur Froehlich and did have some unique attributes. 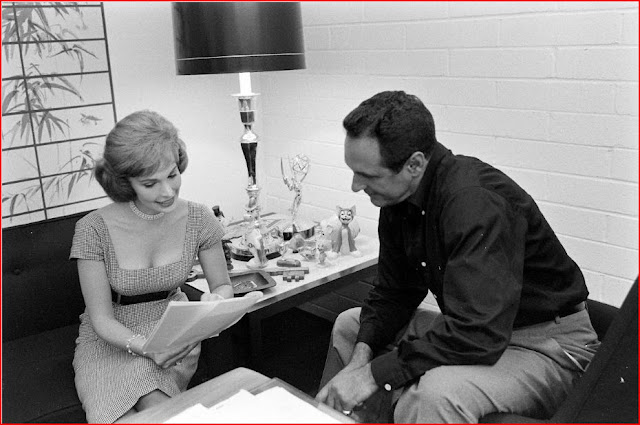 After forty years at 3400 Cahuenga Boulevard, the Hanna-Barbera lot was closed and studio operations were moved into the same office tower as the Warner Bros. Television Animation division in Sherman Oaks, Los Angeles, California, adjacent to the Sherman Oaks Galleria. The old crew, including Joe, Bill, secretary Maggie, and many, many others returned for one last "class photo" in 1997. 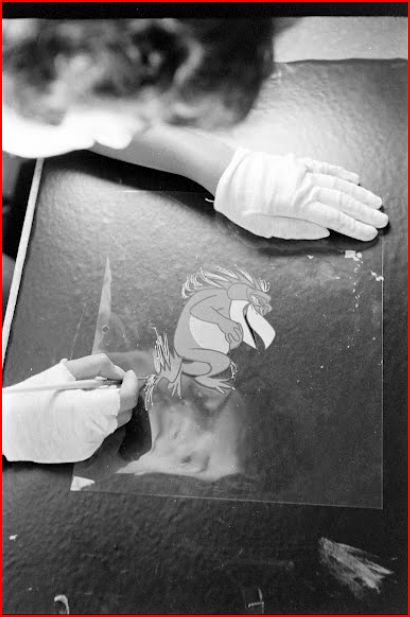