Far Side of the Moon Animation 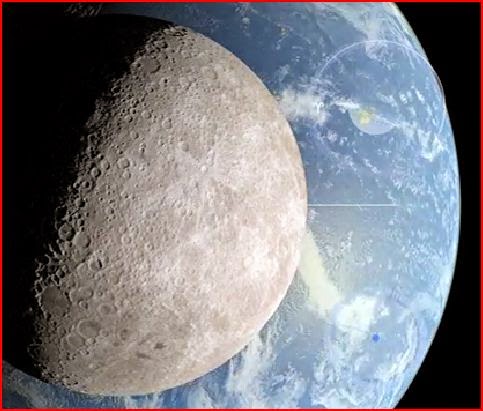 This is a creative animation showing the far side of the Moon.

This may not seem like a big deal - after all, the Moon is always up there, right? - but in fact it is a very big deal.

Nobody in human history who died before 1959 saw anything like this, because that is when the Soviet Luna 3 probe, which swung around the Moon in October, 1959, first sent back pictures of it.

Contrary to anything that Pink Floyd may tell you, the far side of moon is not 'dark,' any more than the side facing us is. The earth's gravitation long ago corralled the moon into keeping the same side facing the earth throughout its rotation. While we can't see it, the far side goes through a complete cycle of lunar phases, just the reverse of the ones that we see.

If you look at the pictures, you might note that the terrain of the far side is quite different than what we see when we look up. For instance, it lacks the large dark spots, called maria, that make up the familiar blotchy lunar landscape. The craters are all spread out on the far side. There is a distinctive area, the the South Pole-Aitken basin, visible here as a slightly darker bruise covering the bottom third of the disk. It is one of the oldest features known to exist in the entire solar system.

The Apollo 8 astronauts who first saw this landscape without the aid of cameras in their epic Christmas flight of 1968 created one of the most indelible moments of the entire space age with their expressions of awe and delight. Since then, only a couple dozen other human beings have ever seen it unaided on the subsequent Apollo flights, and nobody at all has seen it in well over forty years. When you ponder time frames like that - there still are no concrete plans to send anyone out of low earth orbit, though there is lots of talk - the magnitude of this type of view comes into focus.

The Lunar Reconnaissance Orbiter was launched a few years ago, and since then it has returned hundreds of terabytes of data. Its data was used to create the imagery seen here. 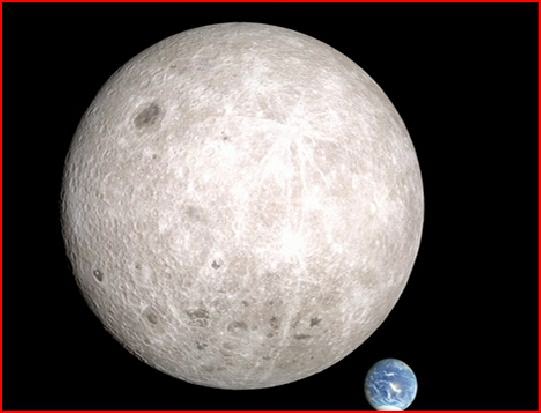 Animation is becoming increasingly important in space exploration - there is so much raw data sent back these days from probes that sorting it and presenting it in a useable fashion is a huge and vitally important job, else it just sits on a hard drive somewhere. The quality has improved tremendously in just the past few years, too. Look for more videos of this sort on increasingly remote celestial objects.

I love this stuff. All credit to the men who put it together.

This is just a fun little riff on Star Wars. The title is "I Miss You."

Cat lovers should appreciate it! 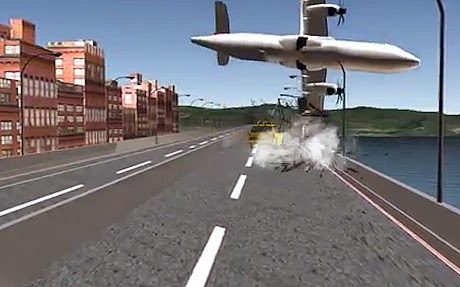 Below is the original footage from a dashcam - a wondrous invention, btw, serving up much more interesting footage than the Gopro ever will.


Very sad, many people lost their lives. The latest conclusion is that the two-engine plane suffered an engine failure shortly after take-off. Experts say that the plane still could have flown with just one engine. The pilot, though, who apparently was not very well trained (to be kind to him), accidentally stopped the remaining working engine because he got mixed up about which engine was which. Still at a low altitude and with no engines running (it takes time to re-start an engine, time the plane did not have, especially given the pilot's inexperience), the crew did somehow manage to maneuver the swiftly falling craft away from apartments and into a river. This no doubt saved a lot of innocent lives and property damage, though they themselves all died.

Below is the news summary released not long after the crash. Notice how, without anyone knowing what truly happened, the account paints the pilot as a hero. While that may be true in a very narrow sense, from a broader perspective he is believed to be the one who caused the crash in the first place. It is sort of like Captain Smith on the Titanic, he ran the ship into an iceberg but did at least get the lifeboats off later.

At least 25 people were killed Wednesday when a passenger plane operated by TransAsia Airways carrying 58 people clipped a taxi driving on the highway and an overpass soon after take-off and plunged into a river in Taiwan,. The plane barely evaded some residential buildings. The pilots did a truly heroic job avoiding a true residential Armageddon by getting the plane into the river.

Rescue workers had difficulty getting to the site quickly despite it being in the middle of town. Some reports said that it took three hours to really get the full-scale rescue operation working properly, though no doubt some rescue workers arrived much earlier, perhaps within minutes.

A crane lifted the rear and central sections of the plane from the water during the night after the crash, with one body retrieved from inside.The front part, where 17 people are believed to be trapped, was still in the water a day later.

TransAsia said 16 survivors had been pulled out of the wreckage after the turboprop plane crashed. Many of the passengers were mainland Chinese tourists. It was the airline's second crash in seven months.

And below is an animation which includes the next step, the plane crashing into the river. One interesting aspect of this crash is that we can compare the animation with actual footage. While there are minor discrepancies (notice the angle of the plane as it crosses the highway), the animation is very accurate.

How to Train Your Dragon 2 Wins Top Annie 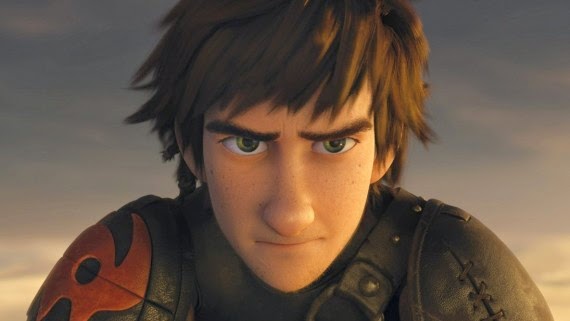 'How to Train Your Dragon 2' from DreamWorks Animation took the Best Animated Feature award at the 42nd Annie Awards in Los Angeles. In addition, Dean DeBlois won for his direction, and the film also picked up awards for feature character design, storyboarding and music.


'The Lego Movie,' which has had a mixed history this awards season (it won the Critics Choice Award but was not even nominated for the top animation Oscar), won a writing award. Sir Ben Kingsley was recognised for his voice work in 'The Boxtrolls,' which along with 'How to Train Your Dragon 2' is up for a Best Animated Feature Oscar.


The betting here is that one of those two films - 'The Boxtrolls' and 'How to Train Your Dragon 2' - will win the Best Animated Feature Oscar. The animation in both is superior, while I personally would give the slight edge to 'Dragon' for its (in  my very humble opinion) better story.


'Feast,' the Disney short film that shows before 'Big Hero 6' in cinemas, nabbed the Best Animated Short Subject Annie. It now must be considered, if it wasn't already, the clear front-runner for the Oscar in the Short category.

The UK's Aardman Animations film 'Flight of the Stories,' a short film it made to mark the opening of new galleries at London's Imperial War Museum, also was recognized.

'How to Train Your Dragon 2' is based on a book series by British author Cressida Cowell. It chronicles the adventures of young Viking Hiccup and his pert dragon Toothless as they battle against various enemies. 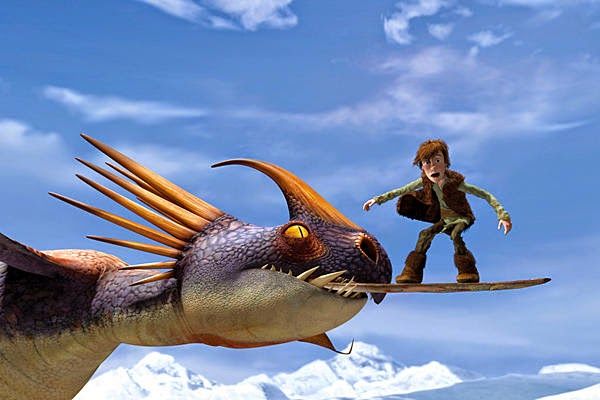 'How to Train Your Dragon 2' also must now be considered the front-runner for the Best Animated Feature Oscar, as it also won the Golden Globe for best animated feature and is up for the same award at the Baftas.

Incidentally, this may become a rare case of the sequel out-performing the original. The first 'How to Train Your Dragon' was named best animated feature at the 2011 Annies, but later lost out at the Oscars to 'Toy Story 3.' This Annie award also helps to keep 2014 from being a complete disaster for DreamWorks Animation, which has had a few box office disappointments in recent years. Although 'Dragon 2' had an indifferent start at the domestic box office, it performed well overseas and could gain some more legs from home sales if it does indeed win the Oscar.