No Mirrors in Sight in this Version of Snow White! 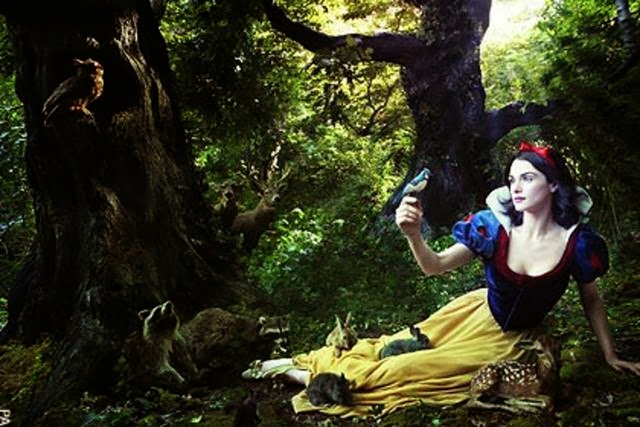 British actress Rachel Weisz as Snow White. Weisz was chosen in 2007 to play Snow White from "Snow White and the Seven Dwarfs." She does a fine job recreating an actual scene from the 1937 classic animated feature film.

Weisz, who is seen with a blue and white bird resting on her hand while she befriends animals in a forest, said: "I'm a woman now, but it doesn't matter what age you are, I think you always want to be Snow White.

"It is every little girl's dream.

"And to be photographed by Annie, one of the great living artists, is really an amazing collaboration."

Annie Leibovitz said: "She was so Snow White. Rachel Weisz was just a perfect Snow White.

"I wanted to put them right inside a storybook. When you work with this caliber of actor, it takes just a few seconds, a few minutes, to do these pictures."