John Musker and Ron Clements form the directing team that ignited the Disney Renaissance of the 1990s, and also created some of its high points. Their works include 'The Princess and the Frog', 'Aladdin' and 'The Little Mermaid'.

Let's put it this way: you won't find a better resume in the business.

John and Ron were working on a book adaptation project that got scuttled for mysterious reasons. With nothing better to do, they have turned to "Moana," which is a work in early development. It is so early in development, in fact, that they haven't yet decided what type of animation to use.

The official Disney page describes it as a "mythic adventure set hundreds of years ago and across a series of islands in the South Pacific." Here is the full statement of plot issued by the studio:


"The main character will be Moana Waialiki, a sea voyaging enthusiast, and the only daughter of a chief in a long line of navigators. When her family needs her help, she sets off on an epic journey. The film will also include demi-gods and spirits taken from real mythology."

The dynamic duo are no stranger to pirate tales, having crafted "Treasure Planet" back in 2002. There is no word on whether "Moana" involves pirates, but it no doubt does involve sea-faring, which was the realm of "Treasure Planet" - sort of.

These guys can attract the best talent for their projects, and the one known to sign on is Mark Mancina, the composer behind 'Tarzan' and 'Brother Bear'.

No other details are available right now. We will keep you posted. 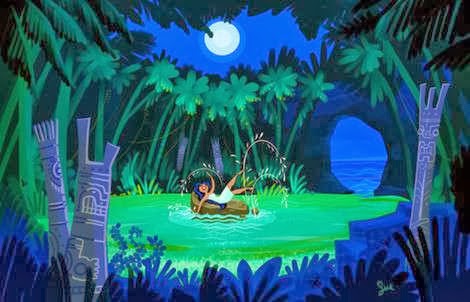