There Are More Toys in Your Future! 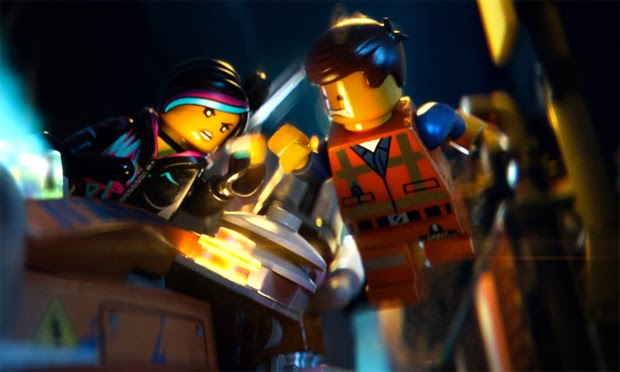 In perhaps the least unexpected announcement in animation feature film history, Warner Bros. has officially stated that there will be a sequel to "The LEGO Movie." The studio also has made official a release date for the sequel: May 26, 2017.

The date is the only thing that was up in the air. Note that Warner Bros. has staked out that Memorial Day holiday weekend for its sequel release. That shows extreme confidence that the studio expects the follow-up to be one of the top films of that year. An early announcement of a release date for a major holiday weekend so far in advance is one way for a studio to scare off other studios from choosing that date. Nobody wants to open a competing animation film on the same day as a presumed blockbuster, that is how you get lost in the shuffle. Well, unless it is "Toy Story 4" or something like that, in which case Warner Brothers might "adjust" its own release date at some point in the intervening three years. However, that is unlikely, and you can mark your calendars with confidence: May 26, 2017.

The movie has proven a bona-fide smash hit, having crossed the $200 million worldwide gross mark in less than two weeks of release. It won its opening weekend with a big $69 million domestic gross and is expected to hold on to that title for the third weekend in a row. One can only speculate so far at the effect the film has had on sales of LEGO products at retailers, but it probably is as impressive as the box-office totals.

If Warner Brothers had known before the release of "The LEGO Movie" how well it would perform, it very well might have held it for this coming Memorial Day weekend.

The film has come in for some mild criticism for making the bad guy played by Will Ferrell, "Lord Business," into a sort of anti-Capitalist caricature. However, the public no doubt feels there are bigger problems in the world to worry about than that. The animation is superb and the story works.

"The LEGO Movie" stakes Warner Bros.' claim as a major player in Hollywood animation, joining Disney/Pixar, DreamWorks and the rest. As I noted in my review, Warner Bros. actually has a long and storied animation history, but it was known more for occasional cult classics than as a real competitor for theater-goer dollars. Until now.

Warner Bros. confirmed before the film even opened that it had hired Jared Stern and Michelle Morgan to write a script for the sequel. Only an utter failure would have led to cancellation of a sequel, and "The LEGO Movie" is far, far, far from being a failure.

The LEGO Movie was written and directed by Phil Lord and Christopher Miller, with animation by Animal Logic. Produced by Doug Davison, Roy Lee and Dan Lin, the movie features the voices of Chris Pratt, Will Arnett, Elizabeth Banks, Will Ferrell, Channing Tatum and Liam Neeson.