"Planes: Fire & Rescue" (2014) is the sequel to 2013's "Planes." "Planes" made a ton of money for DisneyToons despite being extremely low-profile, so here we get the sequel. This series, which appears to be a developing trilogy of its own, is an extension of the original "Cars" series.

"Planes: Fire & Rescue," which everyone is going to call "Planes 2," is directed by Roberts Ganaway ("Secret of the Wings," a Tinkerbell adventure). It stars Julie Bowen (Modern Family) alongside "Planes" star Dane Cook. It's all about planes fighting fires. Naturally, they're all "quirky." What a surprise! 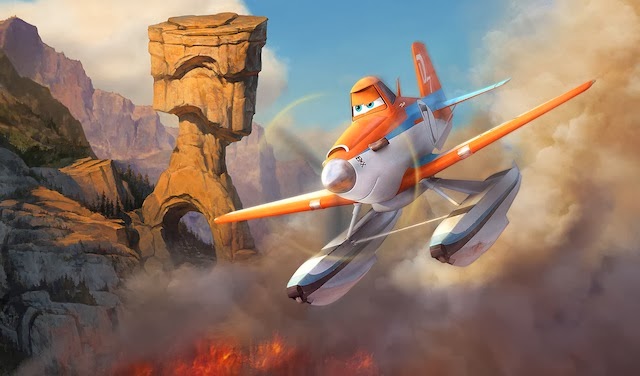 This spinoff from "Cars" should find its audience, the first "Planes" did.