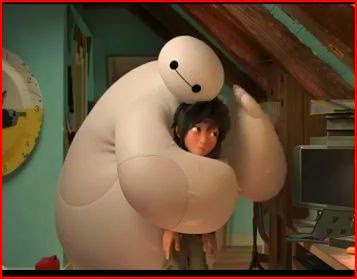 This is a big, extended six-minute compilation of clips intended by Disney to promote 'Big Hero 6.' There's an awful lot of annoying chatter from some Disney Channel celebrities accompanying the clips, but the clips themselves are pretty good if you are on the fence about seeing this Disney animated feature film. 'Big Hero 6' is on big screens as of 7 November 2014 in the States.

Also, be careful to pay attention or the loop of (mostly unrelated) clips will play forever on your pc.

Plot Summary:
From Walt Disney Animation Studios comes "Big Hero 6," an action comedy adventure about brilliant robotics prodigy Hiro Hamada, who finds himself in the grips of a criminal plot that threatens to destroy the fast-paced, high-tech city of San Fransokyo. With the help of his closest companion—a robot named Baymax—Hiro joins forces with a reluctant team of first-time crime fighters on a mission to save their city.

Inspired by the Marvel comics of the same name, and featuring comic-book style action and all the heart and humor audiences expect from Walt Disney Animation Studios, the CG-animated "Big Hero 6" hits theaters in 3D on November 7, 2014.