Julie Andrews as the Blue Fairy

It's Super-cali-fragi-listic Julie Andrews to the Rescue! 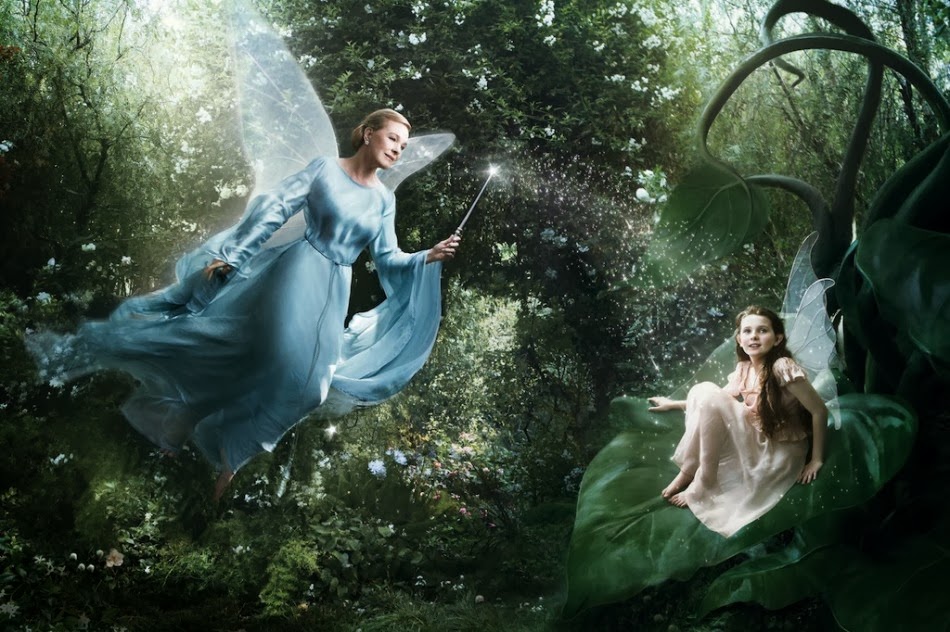 Juli Andres as the Blue Fairy/ Show business legend Julie Andrews needs no introduction. Since at least the time of "Mary Poppins" in the early 1960s, Andrews has retained her relationship with Disney. Here, Julie Andrews is portrayed as the Blue Fairy from "Pinocchio," along with Abigail Breslin representing a fairy-in-training.

In the series of images, Dame Julie, 72, is seen with "Little Miss Sunshine" star Abigail Breslin, 11, as Fira from the Disney Fairies.

Dame Julie, who has a long-standing relationship with Disney and played Mary Poppins in 1964, said: "It's a symbolic photograph of all the wonderful Disney images.

"It's pixie dust, magic and anointing a new little fairy in the form of Abigail. It was just a charming concept."