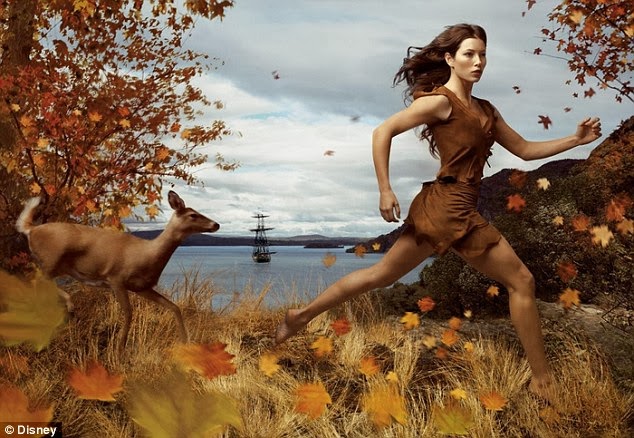 This is Jessica Biel as Pocahontas from a Disney Portrait to promote their theme parks. It was shot in 2008. Jessica Biel stunned in a brown suede dress as Pocahontas. The picture was shot by Annie Leibovitz with a full team to assist her.

Some think that Jessica was a weak choice to play the Native American princess Pocahontas, but I disagree. First of all, Jessica reportedly has some Choctaw blood, so she's no interloper portraying a Native American. Second, Biel has a fine athletic body that is well-suited to playing the (presumably) fit Pocahontas. And, third, well, just look at her! She's magnificent! 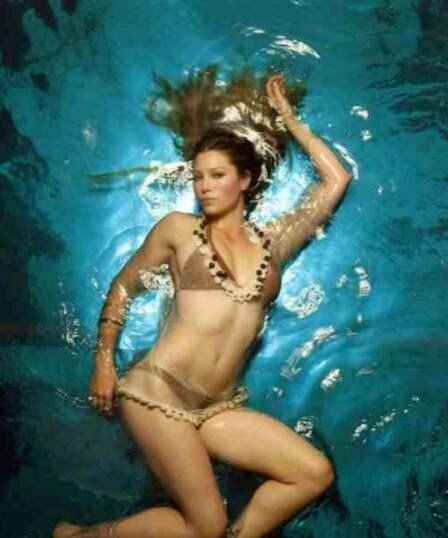 The Disney Portraits project is an ongoing series of photographs by the top photographer currently working, Leibovitz. She is able to get apparently whoever she wants to portray characters from the Disney film universe. Most, but not all, are animated characters. There appears to be a virtually unlimited budget for this project, and only a company as powerful as Disney would be able to, or for that matter even attempt, to get the galaxy of top celebrities from many different fields to portray real-life versions of the top Disney names.