Ice Age: Continental Drift - At Least There are No Dinosaurs in this One

"Ice Age: Continental Drift" (2012) is the follow-up to 2009's "Ice Age: Dawn of the Dinosaurs," 2006's "Ice Age: The Meltdown," and 2002's "Ice Age." "Continental Drift" was yet another blockbuster box office success in the "Ice Age" juggernaut. It took in $874 million worldwide, virtually assuring that this will not be the end of Sid the Sloth (John Leguizamo), Diego the prehistoric tiger (Denis Leary), Manny the Mammoth (Ray Romano), Ellie the Mammoth (Queen Latifah), the possum brothers (Seann William Scott and Josh Peck), Buck the weasel (Simon Pegg), and, last but not least, Scrat the squirrel (Chris Wedge). When the recurring cast list of an animated film starts getting that long, you know it is a bit long in the tooth. However, against all the odds, the "Ice Age" series endured. It became one of the most successful Hollywood franchises in history. 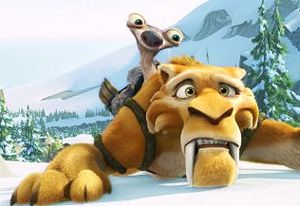 It is several years after the events of "Dawn of the Dinosaurs," and Manny and Ellie have a teenage daughter, Peaches (Keke Palmer) who has become interested in boys. This subplot, though, gets quickly swept aside by larger events. Meanwhile, Sid reunited with his family but again has been abandoned along with his Granny (Wanda Sykes). 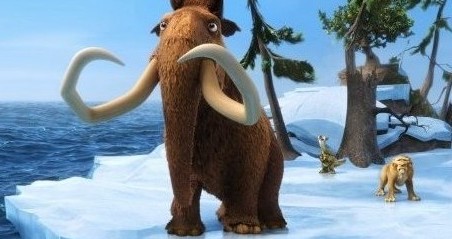 The continents separate, thanks to Scrat and his acorn, and Manny gets stuck on an iceberg with Sid and Diego. Granny winds up in a tree in the iceberg. Ellie, Peaches and many other animals are on a landmass moving towards a land bridge. The herd encounters an ice ship manned by animal pirates led by ape Captain Gutt (Peter Dinklage) and smilodon first mate Shira (Jennifer Lopez). He makes them walk the plank, but they escape and in the process sink the ship. 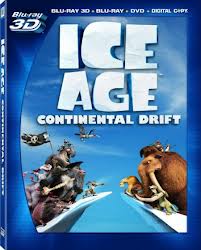 The herd makes it back home, while Shira changes sides. Gutt creates a new ship out of ice and sets out after the herd to get his revenge. The herd reaches the land bridge, but Gutt captures Ellie and Peaches and prepares to kill them. Manny and Gutt then duel it out to the death as the herd searches for a new home.

Directed by Steve Martino and Mike Thurmeier, with a screenplay by Michael Berg, Jason Fuchs, and Lori Forte, Blue Sky Studios and Twentieth Century Fox are at the point of simply milking this concept for all that it is worth.

The original idea was for the leads to be frozen in a block of ice and thawed out in the present day, but, then, that would make further sequels a little more difficult - or at least make calling them "Ice Age" problematic. In any event, Chris Wedge and Carlos Saldanha, who between them directed all the preceding installments, are around as Executive Producers to make sure their legacy isn't tarnished too much. 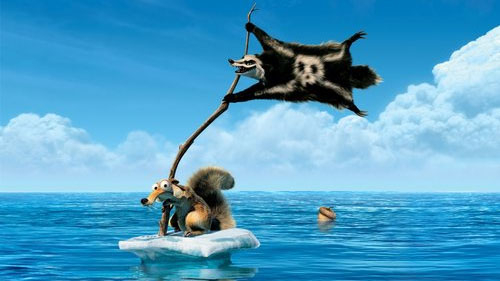 There is no question that this "Ice Age" has similarities with "Madagascar," though set in different time periods. While each series has devotees, "Ice Age" has done more business. Both series are aimed at kids, so they almost seem like they go together despite the different voice actors. 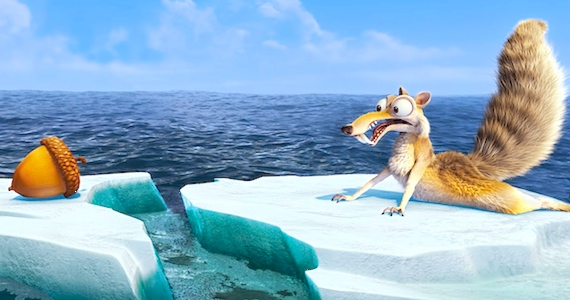 There are so many characters that some of the hold-overs, such as the Possum brothers, get little screen time. Character development is tough under those circumstances, and the plot has degenerated to the cartoonish. Even the antics of Scrat, which provided awesome comic relief in the previous films, are wearing a bit thin. There are plenty of goofy laughs if that is what you are after, and, given the huge box office, that certainly seems to be enough for a lot of people.

The "Ice Age" franchise seems to be running out of steam with this entry. The list of characters is expanding while the stories get more outlandish. It is slapstick humor which adults are likely to find increasingly tiresome, but small children are still enthralled by all the colorful 3-D animation animals. Be prepared to put the DVD on constantly for days when you get it, just be sure to tape the glasses on your child or something. 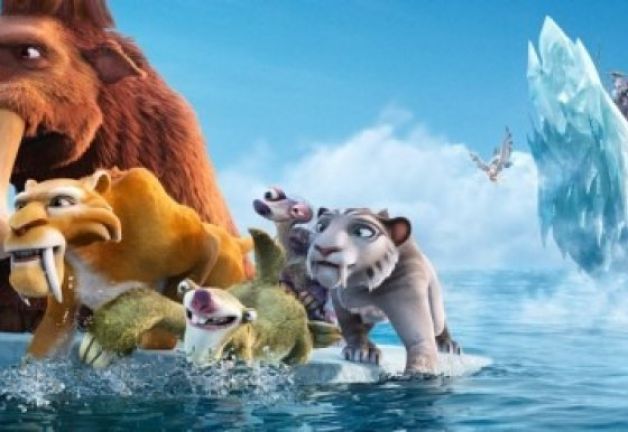 Should you go out of your way to see "Ice Age: Continental Drift"? It is an OK film if you have invested time in the first three installments, but this probably is not the one you want to start out with. And even if you saw the first three, this isn't one I would waste too much time on.