No Sequel Planned for "Frozen" 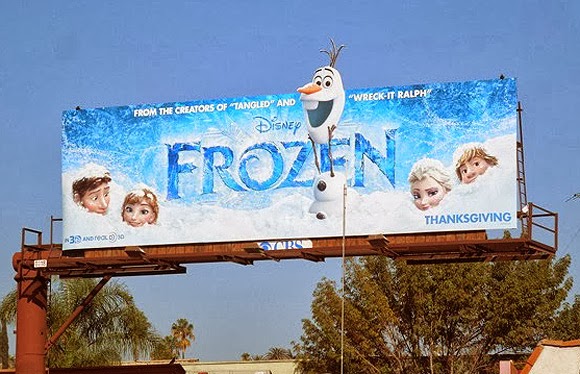 Many know that Walt Disney Animation Studios has been undergoing a transition over the past half-dozen years. The integration with Pixar has gone much smoother than many might have hoped.

Andrew Millstein is a Disney veteran - 17 years and counting - who has a unique view of the transition and Disney's future plans. He oversees day-to-day operations of the 800-person animation unit, so we owe much of the delight in films such as "Frozen" to him.

Pixar chiefs John Lasseter and Ed Catmull assumed the additional titles of the chief creative officer and president of Disney Animation, respectively, after Disney acquired Pixar for $7.4 billion in 2006. However, it is guys like Millstein who keep the institutional core of the studio headed in a seamless direction. He says proudly:


"We are showing audiences that we can make classic and timeless stories, musical fairy tales that have a very relevant and contemporary feel."

Mr. Millstein gave an interview to the Feb. 21 issue of The Hollywood Reporter magazine, part of which (the part related to "Frozen") is reprinted below. It may be of interest if you are really interested in how a film like "Frozen" gets put together.

Director Chris Buck first pitched "Frozen" in 2008, but then it got shelved until "Tangled" turned into a hit, and Disney CEO Robert Iger asked whether you had anything else like Tangled.

"Tangled" was definitely a good catalyst. It showed that audiences like classical musical fairy tales. And Tangled's success really put a lot of fuel behind the effort on Frozen.

How consciously did you set out to make a movie that would answer criticism that's been aimed at other Disney princess movies by being empowering for young girls?

We wanted a film that would be accessible to everybody. Frozen is a story of two sisters who happen to be princesses. People are relating to their story as sisters and as empathetic characters rather than as princesses. It's got universal themes of love and sacrifice, overcoming personal flaws and self-realization.

When you brought in Jennifer Lee to write and direct with Chris Buck, was it because you wanted to add a woman's voice?

We learned when working with Jen on "Wreck-It Ralph" that she was a wonderful collaborator with tremendous energy, passion, and creativity. And, of course, she has a female voice. But with all the women who work at Disney Animation, we had a perfect, built-in research group, and we asked them to share their own experiences that would fuel telling this story.

The composers Robert Lopez and Kristen Anderson-Lopez have said that the song "Let It Go" was one of the first songs they wrote that actually made it into the movie.

You don't always know that the first version of something is going to be something that defines a character so well. In this case, the lyrics were so clear about expressing who Elsa is emotionally and her trials and tribulations, it was clarifying in terms of who this character was and what she is confronting.

Why has the song become so popular?

There are 85 million views of the English-language version of the song on YouTube. People are so emotionally invested in what she's experiencing and how she's expressing it -- everybody can identify with something they have in their life that is equivalent to that.

Ironically, the first trailers downplayed the music. Were you concealing that Frozen is a musical?

In the first presentation of the film through our marketing, we wanted to appeal to as broad an audience as possible. We love to set our films up so audiences discover something new in the film, something they weren't expecting.
Iger said in January that there will be a Broadway musical version of Frozen.

What about a sequel?

At the moment, there's not a sequel on the drawing boards. Could there be? Sure. But we're not engineered around the predetermination of that.

When John Lasseter took control in 2006, he ordered some changes, like opening up the floor plan to encourage collaboration. But what deeper changes did he make?

There had to be some structural changes. We went from something at Disney Animation that was executive-driven to more filmmaker-driven. How does the development department work, for example? Does the development group develop ideas and give them to directors, or are you asking directors and writers and story artists to come up with the ideas themselves? It's the latter, and that's a shift. We implemented a structural and process change around our Story Trust, which is like the Brain Trust at Pixar. Our directors and our writers and our heads of story, about 20 people, are all part of the Story Trust. They have a right and a responsibility and an obligation to give honest, direct feedback to each other to help elevate those films. There's a collective wisdom that you can bring to bear on the critique of a story in development and production.

How often does the Story Trust get together?

Disney used to have a tradition called The Gong Show, where animators would come in and pitch their ideas to the executives. How is all this different?

I would say our process now is much more organic. We will ask a director to bring ideas forward and share those ideas, generally around three. And the idea of three ideas is not to live with anyone too preciously. There may be elements of one idea that can live with another. But it's not like a Gong Show, where someone pitches an idea to a body and it's what the gong implies, yeah or nay.

How often do you and John Lasseter talk?

I see John when John comes down here or something pops up that we need to talk about. We don't have a set routine where I check in with John at a set time every week. I see John in creative updates, I see John at screenings, I see him in the hallway, and the same is true of Ed. We have, I think, a very healthy partnership, and part of that is knowing when it is important to talk to each other.

What's an example of something John contributed to Frozen?

He was a big contributor. He was very focused, very supportive of the idea that Elsa would sacrifice herself to save her sister and that that should be a critical part of the ending of the film.

So how much of a rivalry exists between Disney and Pixar right now? Certainly, there were years where the Disney animators must have felt overshadowed by Pixar.

I don't think there's a rivalry. Their work is brilliant. They continue to be brilliant. Visit Pixar, and you will feel the creative vitality is palpable. I think here at Disney Animation, we have a deep sense of respect for Pixar. I think fundamentally we are a humble organization. We want to push ourselves without a doubt. We want to succeed brilliantly. We want our films to be embraced by everyone to the same degree that any of the animation studios do.

How many films do you have in development at one time?

Anywhere from four to six. Sometimes things move well, and sometimes things get stuck and take a little longer than you would like. It's important that we have several films in development so we can maintain a healthy, agreed-upon pace.

When you're facing a release date, when do you stop working on a film?

Part of what makes our movies great is blowing things up late in the game. On Frozen, getting the troll song came later. You try to land certain things first and keep other things fluid. You always reserve the right to go backward, to rework material, to have a different take on the material. It's a calculation. What can you unravel without unraveling the whole film?