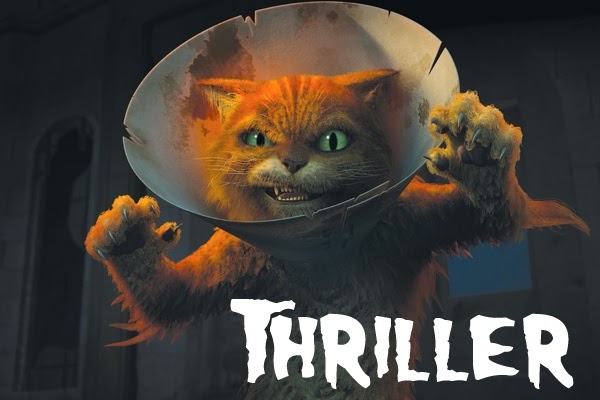 In "Thriller Night," our favorite ogre, Shrek returns in a six-minute short film parody of Michael Jackson's epic music video Thriller. It is a fun little trifle that gives a small dose of our favorite fairytale characters.

Directed by Gary Trousdale, "Thriller Night" was released on September 13, 2011, on the Scared Shrekless DVD. It was also released on DVD and Blu-ray on August 28, 2012, as a part of Shrek's Thrilling Tales (Shrek's Spooky Stories). A 3D version of the short was added in October 2011 to the Nintendo Video service for Nintendo 3DS owners.

The story is that Shrek is bored on Halloween, and wants to have something scary. He turns to the power of "Thriller" and gets more than he bargained for.

"Thriller Night" features the voices of Michael Gough as Shrek, Dean Edwards as Donkey, Holly Fields as Princess Fiona, and André Sogliuzzo as Puss in Boots. Basically, these are the second-stringers who have become kind of the Shrek franchises stand-ins for the more famous voice actors from the films.

There are a few treats for fans of the entire Shrek movie franchise. Deceased characters such as Fifi, Mongo, Prince Charming, Lord Farquaad, Fairy Godmother and King Harold in his frog form appear as zombies.