"Frozen" has won the BAFTA award for Best Animated Feature. It was probably the least controversial win in the category's history, especially after last year's winner "Brave" received a somewhat more mixed reception from critics.

"Frozen" is one of the most successful Disney films of all time. So far, it has grossed nearly a billion dollars worldwide and is still going. "Frozen" beat "Despicable Me 2" and "Monsters University" to win the award, those latter two films probably handicapped by virtue of being sequels.

The BAFTA awards are trying to get a more European focus, so it is a growing mark of respect for American films to win their top awards. Most consider them the third-highest honor any film can earn, after the Academy Awards and the Golden Globes.

"Frozen" Directors Chris Buck and Jennifer Lee were careful to thank their crew, saying "it took about 600 people on this one - we had thousands of storyboard designs they had to draw and redraw." The two, who are spending a lot of time at awards shows this year, acknowledged the superior voice recording from stars including Kristen Bell, as well as the computer rigging and the songwriters of the popular musical numbers from the film such as "Let It Go."

Meanwhile, in the category Best British Short, Animation, "Sleeping with the Fishes" won. 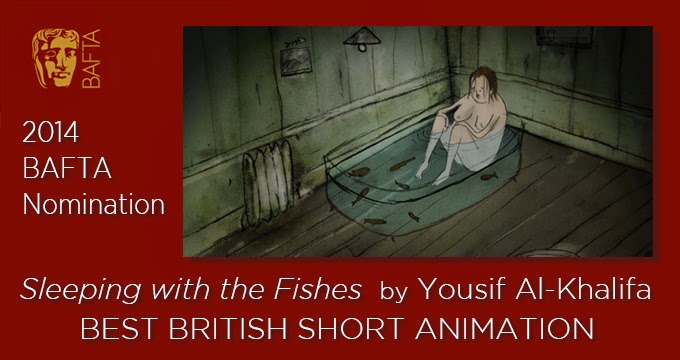