Can Bears and Mice Learn to Get Along?

Some really great 2013 films were shut out of most international animated film honors because of the Walt Disney Animation Studios juggernaut called "Frozen." There is no question that the Disney film was a highly popular Oscar winner for Best Animated Feature, and it would have won even if pitted against several past Oscar winners as well. The "Frozen" phenomenon continues, and the film no doubt will be seen in the years to come as a cornerstone of the Disney Revival. It quite simply was "Frozen's" year.

That said, it wasn't the only quality animated feature film of 2013. "The Wind Rises" from retiring legend Hayao Miyazaki also was first-rate, for instance, and also might have won in other years. Another high-quality animated feature film release during 2013 was the French-Belgian "Ernest & Celestine" from the thriving French school of animation. It was nominated for an Oscar, and also became the first animated film to win the respected Magritte Award for Best Film. Among other mostly European honors, it won a César Award for the best-animated film. That will have to do for this fine film. 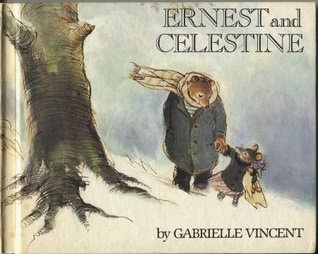 "Ernest & Celestine" (2013) was adapted by Daniel Pennac from Gabrielle Vincent's book and directed by Stephane Aubier, Vincent Patar and Benjamin Renner. It comes from producer Didier Brunner and his La Parti Productions, who created the fabulous 2003 "Triplets of Belleville" as well as "The Secret of Kells" and has raised French animation to the big-boy level. "Ernest & Celestine" takes place in a world that would be quite familiar to past Disney animators, where bears and mice learn to get along, at first somewhat fearful and later as great friends. 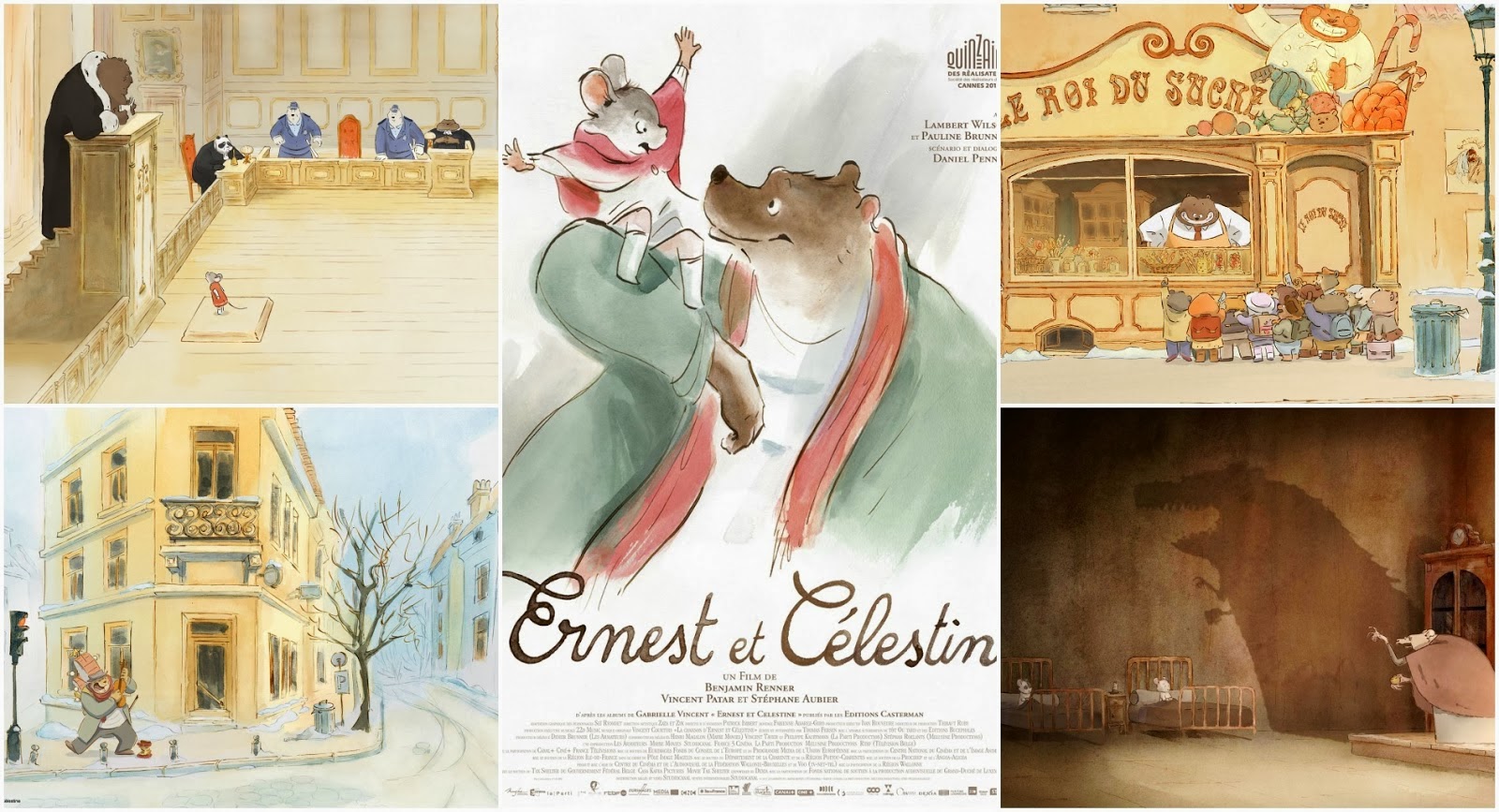 Ernest (Forest Whitaker) is a bear, but an outsider. He is poor and not part of the Bear Establishment in the nearby town. Ernest also is very poor, so after waking up from hibernation, he goes to town to earn some money playing music on the street. Celestine (Mackenzie Foy), on the other hand, is a charming mouse who is part of an extensive underground mouse business to salvage bear teeth for re-use. She is, in fact, training to be a dentist. When she accidentally gets trapped in a garbage can while scavenging for bear teeth, she meets Ernest. The bear, unsuccessful at earning money for food, is inclined to dine on her, but she talks her way out of the hungry Ernest eating her. 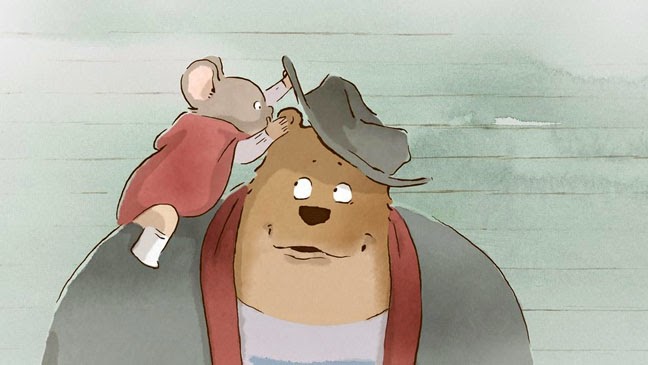 Through a series of misadventures, the two wind up fugitives from the law and wind up at Ernest's isolated home. They become quite friendly, which is scandalous in more ways than one. The film then becomes a meditation on people of different backgrounds and societies finding common ground - and more. 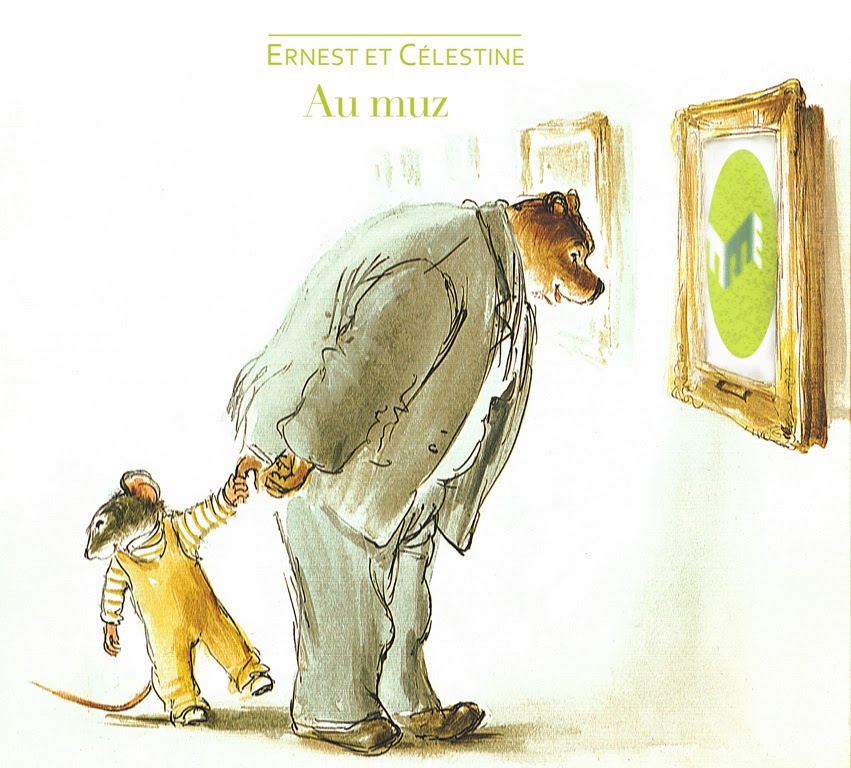 Lauren Bacall, Paul Giamatti, William H. Macy, Megan Mullally, Nick Offerman, and Jeffrey Wright also provide voices in the English dub version. They are uniformly excellent, and the ability to round up such a first-rate cast for a foreign dub is a testament to the quality of "Ernest & Celestine." 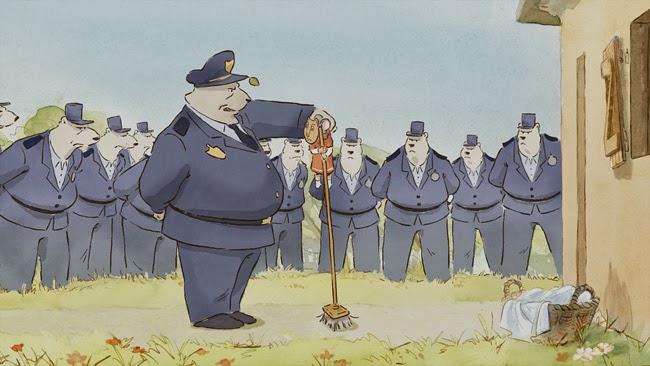 "Ernest & Celestine" has gentle "Winnie the Pooh" style humor, though it isn't aimed solely at that age range. The hand-drawn animation looks as if it were painted by watercolors, which is a cool effect and a nice change from all the hyper-realistic computer graphics being used these days. It is no coincidence that, among their other adventures, Ernest and Celestine visit an art museum, which reinforces the theme of artistry conveyed by the animation itself. This is a simple animated film for the very young, but also older viewers who like something fun and a little different.