The "Frozen" Winners Have Their Say

"Frozen" has earned almost a billion dollars at the global box office. As noted below, it still has to premiere in Japan, a major film market, and perhaps other markets as well. It remains in theaters around the world. So, the film is both a financial and critical success.

Awards season has been kind to this Disney animated feature film. With "Frozen" accomplishing the extremely rare feat of winning both the "Best Animated Feature Film" and "Best Original Song" Oscars, the winners had a lot to say.

Kristen Anderson-Lopez and Robert Lopez did a little rhyme for everyone they wanted to thank for their Best Original Song Oscar for “Let It Go” from "Frozen":

Robert Lopez: Wow, thank you Academy
Kristen: And to our fellow nominees, you are all rock stars.
Both: Literally
Kristen: We have so many people to thank, luckily, everybody’s name rhymes.
Robert: Idina Menzel
Kristen: Kristen Bell
Robert: Jennifer Lee
Kristen: Peter Del V.
Robert: Chris Buck
Kristen: Chris Beck
Robert: John Lasseter
Both, singing: Happy Oscars to you. Let’s do "Frozen 2."
Robert: Tom MacDougall
Kristen: Chris Montan
Robert: Oremus
Kristen: Metzger
Robert: Besterman
Kristen: The Anderson
Robert: And the Lopez Clan
Kristen: Jon Groff
Robert: Josh Gad
Both: Mom and dad
Robert: John Buzzetti and our team back East
Kristen: and Kate…Brooklyn. And last but not least
Robert: Our girls
Kristen: Katie and Annie. This song is inspired by our love for you and the hope that you never let fear or shame keep you from celebrating the unique people that you are. Thank you, we love you.
Robert: We love you. Thank you. 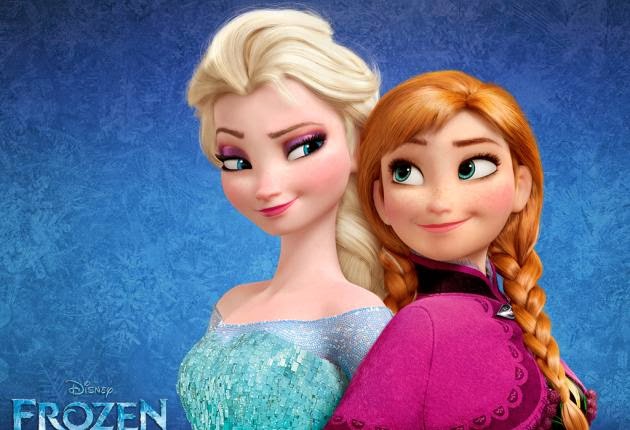