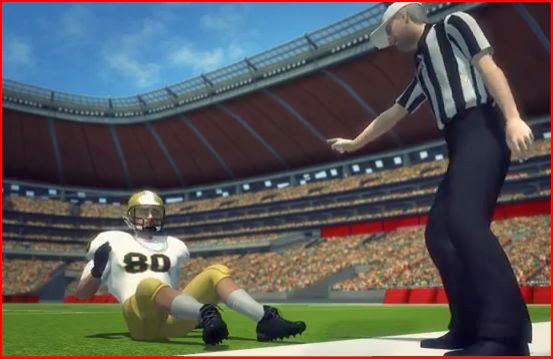 Apparently, the National Football League will no longer allow the dunking of the football over the goalposts after a touchdown. That was news to me, it just happened because somebody actually knocked the goalposts off-line during some of these dunks. You know how it is - one guy ruins it for everybody, just like on your high school field trip.

With all the problems in the world, the NFL actually spent time on this. Amazing.

This is not the place to debate whether this change in the rules is right or wrong or whether you care about dunking or football rules or football in general. I'm simply putting up this animation from "Taiwanese Animators" because it is a fun animation, done in the manner of a video game. It has a fresh style and shows a surprisingly cynical viewpoint toward the NFL and its players. The video also shows yet another use of animation: to disseminate news.

I would give the creators of this individual credit for this video - if I knew who they were. The video doesn't even have a proper title. The animators put in some quite edgy things, such as one of the players vomiting up what looks suspiciously like drugs towards the end. The parallels between the NBA art of dunking and the NFL version also are made blindingly clear (the NBA solved the problem of shattered backboards by making them all plastic).

Incidentally, if this animation amuses you, they also did one about the 2014 NCAA basketball title game. 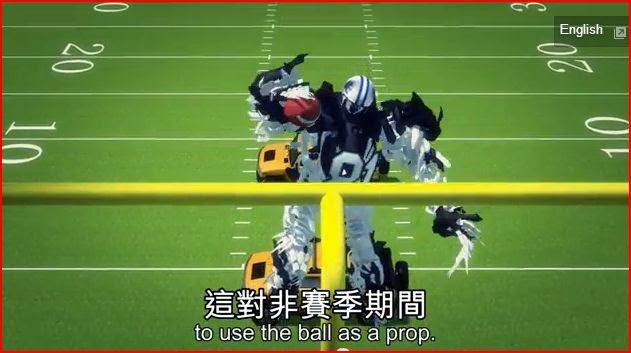 Of course, the larger question is why people in Taiwan care about obscure rules change in the NFL, but we'll let that go. This also may be the first and only time in your life when you watch football action requiring subtitles.

The below is shamelessly copied verbatim from the youtube page because this gives in excruciating detail why the creators made this video:


The No Fun League has made it a point to take most of the fun out of the game. On Tuesday owners passed a rule banning the dunking of the football over the goalpost. According to the league's vice president of officiating, players will no longer be allowed to dunk the ball over the goalpost after touchdowns.

Dean Blandino confirmed the new rule in a radio interview with "The Dan Patrick Show" on Tuesday. Blandino told the listening audience that dunking the ball over the crossbar will now be counted as a foul along with other touchdown celebrations that involve props.

The goalpost dunk had previously been grandfathered in as acceptable celebration, along with the Lambeau Leap.

"We grandfathered in some, the Lambeau Leap and things like that, but dunking will come out," Blandino said, according to NFL.com. "Using the ball as a prop or any object as a prop, whether that's the goalpost, the crossbar, that will come out and that will be a foul next season."

The move was popularized by Tony Gonzalez, but it appears Saints Jimmy Graham was the inspiration for the rule after Graham twice knocked the uprights off balance. This deals a huge blow to all the NFL players that had been working on new goalpost dunks this offseason.

What's next, is the NFL going to ban chest-bumping, butt slapping and trash-talking?

The NFL has bigger problems it should be worried about. At least 49ers tight end Vernon Davis is happy about the new rule change.