"Frozen" a Huge Hit on DVDs and Soundtrack Albums 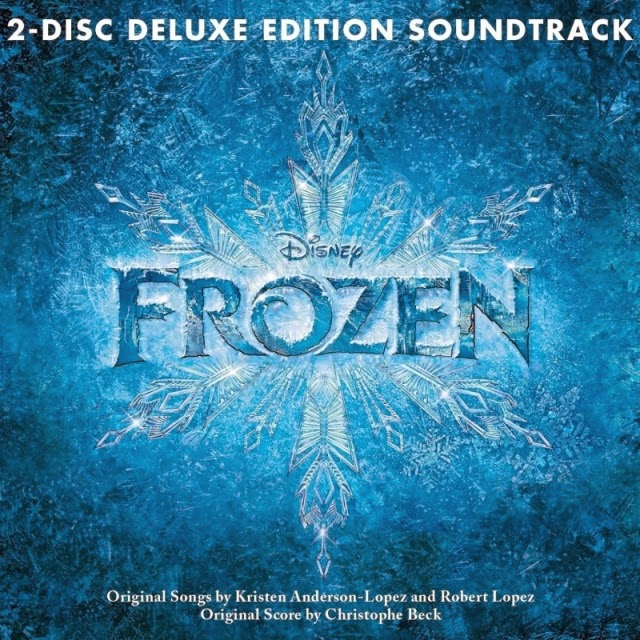 This is what every Hollywood executive dreams about when preparing to release an animated feature film:
Well, all that is what "Frozen" has done. It is a studio executive's fantasy film.

For the week ending March 23, according to Nielsen Soundscan numbers, "Frozen" sold more soundtrack albums in a single week than it has - ever. It sold 202,000 copies of the soundtrack that week, beating its own previous record of 165,000 copies for the week of January 5, 2014. It has been at No. 1 on the Billboard Album Chart - the same chart that Beyonce and all the rappers like Eminem and everyone else is competing on - for seven non-consecutive weeks, including the past two weeks as of this writing. It has sold 1.6 million copies so far in total, and obviously still is selling huge amounts every week.

The DVD/Blu-ray combo was released last week, accounting for the soundtrack sales surge as people no doubt figured they'd buy both at the same time. The DVD/Blu-ray sold 3.2 million copies on just its first day of March 18, 2014, according to Disney, which means that every retailer in sight expected huge demand, and the demand was met. This is despite the fact that it was released on digital platforms a whole month earlier, on February 25, 2014, so it was already there for anyone who liked it in digital format. If anyone tells you that DVDs are dead and digital is taking over, well, tell them not so fast - sonny.

There also have been over 100 million plays of "Frozen" on Spotify.

"Frozen" is still in release in countries around the world, and in Japan, where it only recently opened under the title "Anna and the Snow Queen," "Frozen" has the top opening weekend of the year so far for that country, with $9.5 million in ticket grosses. That compares to only $1.4 million for the opening weekend of the previous Disney release, "Brave." In the UK, it has grossed £38.75 million in the UK and Ireland alone. Regardless of where it plays, "Frozen" either sets box office records of one kind or another, or challenges them.

Total grosses worldwide for "Frozen" so far? $1.032 billion, with $396 million of that in domestic US grosses. Now that's a studio executive's fantasy, for real.