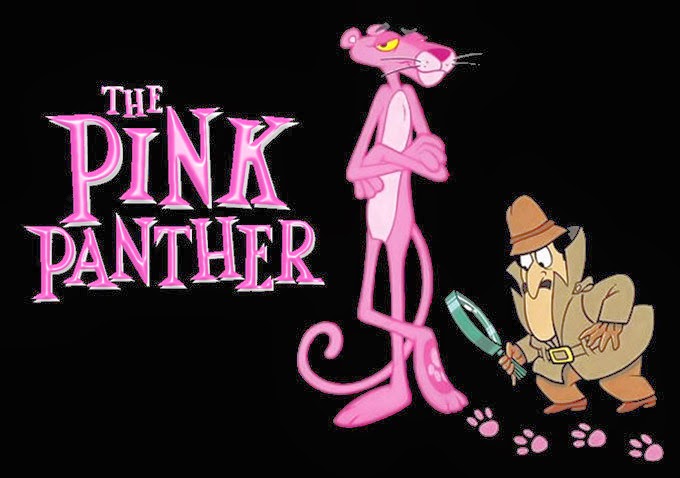 If you are a fan of the old Peter Sellers or Steve Martin versions of the Pink Panther, then hang on, because now they are raiding the vaults to start a new franchise.

If you are old enough, you will remember a series from the '70s in which an animated Pink Panther strutted around like a real cool cat, always getting the drop on Inspector Clouseau and his huge magnifying glass. That is the source of this version. Even if you haven't seen the series, you no doubt will recognize the tv theme, which is a compact version of the classic "Pink Panther" theme.

Here is the MGM press release, which is all that we know about this project so far, so there really is nothing more to add right now:


Metro-Goldwyn-Mayer (MGM) is developing for production a full-length hybrid animation and live-action feature film based on the animated “Pink Panther” character, it was announced today by Gary Barber, chairman and CEO of MGM and Jonathan Glickman, president of the studio’s motion picture group. Walter Mirisch, executive producer of the original “Pink Panther” films and television series will serve as the producer of the new film, along with Academy Award®-winning actress, Julie Andrews, wife of the late director Blake Edwards. David Silverman (“The Simpsons Movie,” “Monsters, Inc”) will direct. The Pink Panther character originated a remarkable fifty years ago.

The new caper film will focus on the Pink Panther character, rather than Inspector Clouseau, and will harken back to the tone shared by the original Friz Freleng and David De Patie cartoons as well as that of Blake Edwards’ films.

"We are incredibly proud to re-introduce the Pink Panther to a brand new generation in such a fresh way. Even more exciting is the chance to work again with our dear friends Walter Mirisch and Julie Andrews, as well as the talented David Silverman, whose enthusiasm convinced us to ‘Think Pink!’," said Glickman.

“I am proud that the ‘Pink Panther’-- both the feature films and the great library of cartoons created by David De Patie and Friz Freleng that sprang from it-- continues to be one of the brightest jewels in the crown of Mirisch films. Now, for the first time, the live action franchise will be united with the world- famous cartoon character in a new hybrid feature film. I am excited by our concept and I look forward to an outstanding movie entertainment,” said Mirisch.