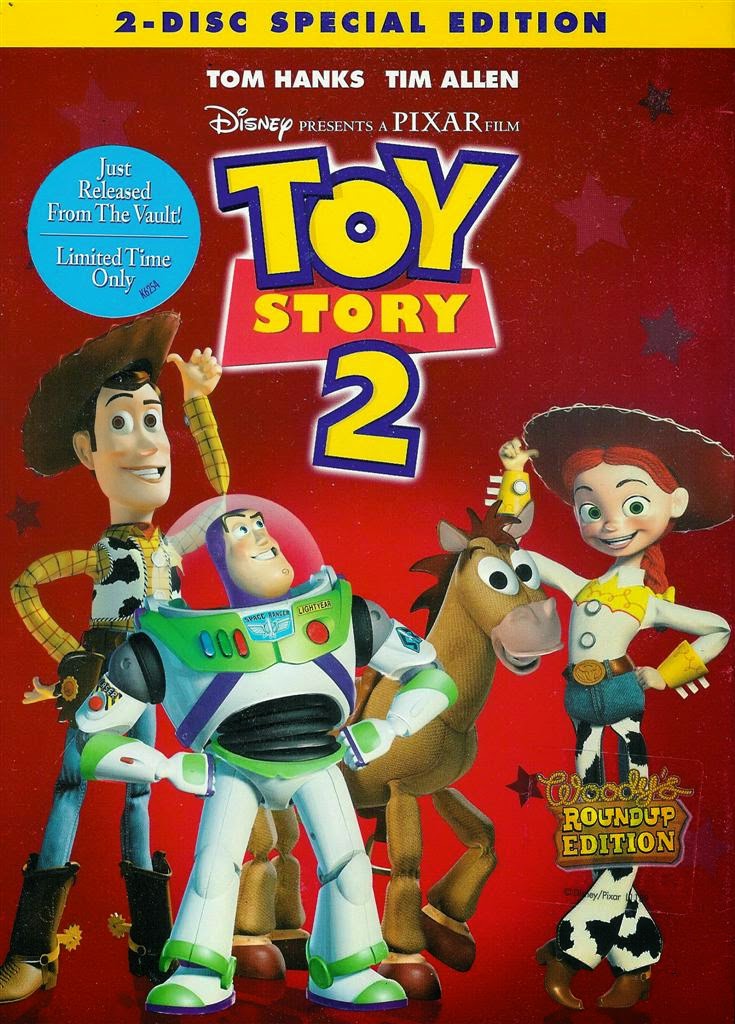 "Toy Story 2" (1999) is a terrific sequel to the original animated 1995 "Toy Story." As of this writing, "Toy Story 2" is the tenth-highest grossing animated film of all time.

Fast-paced and entertaining, "Toy Story 2" is well worth your or your child's time. The "Toy Story" series is the cream of the crop of animation, blazing the trail that many others have followed, and it is led by the engaging duo of Tim Allen and Tom Hanks. 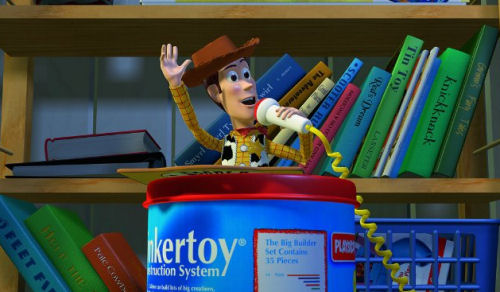 Unlike the first "Toy Story," which was confined to little Andy's room and the dreaded neighbor's house, this film expands its horizons.  At the beginning of the film, Buzz Lightyear (Tim Allen) battles the evil Emperor Zurg (Andrew Stanton) for dominion. 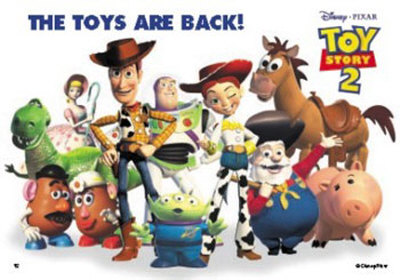 Everything seems to have changed in the "Toy Story" world, but appearances are deceiving. It all turns out to be just a video game, so everything is back to normal. 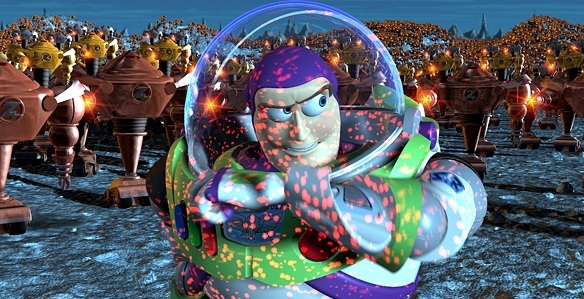 It turns out that it is yard sale day, and the toys are worried that they will wind up being sold.  Woody (Tom Hanks) in particular is worried because his arm was torn by Andy's dog, and he worries that Andy now may be willing to get rid of him for a newer toy. 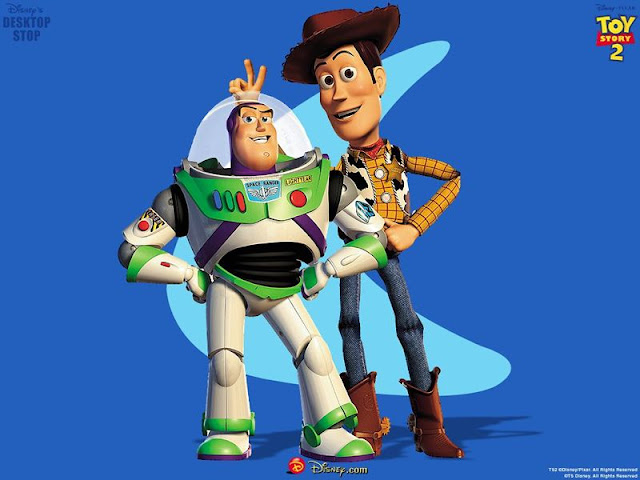 The rest of the film, directed by John Lasseter, Ash Brannon, and Lee Unkrich, involves who gets sold at the sale, and how they are saved.  A greedy collector, Al McWiggin (Wayne Knight, perhaps better known to some as Newman from "Seinfeld"), is attempting to make a deal with a Japanese museum that would break up the gang forever!  It is a fun romp, and we get to learn a great deal more about Buzz and Mr. Potato Head (Don Rickles). 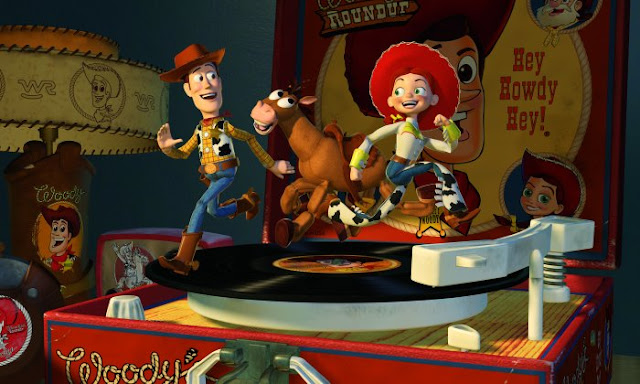 Pixar, of course, always does a great job with the animation. Some great new characters (such as Wheezy, voiced by Robert Goulet) are introduced. There are a few scenes that might disturb younger viewers, such as a nightmare sequence involving Woody, but nothing too extreme.

"Toy Story 2" has undeniably sad moments - growing up takes on a whole new meaning when seen through the eyes of a suddenly outgrown toy. 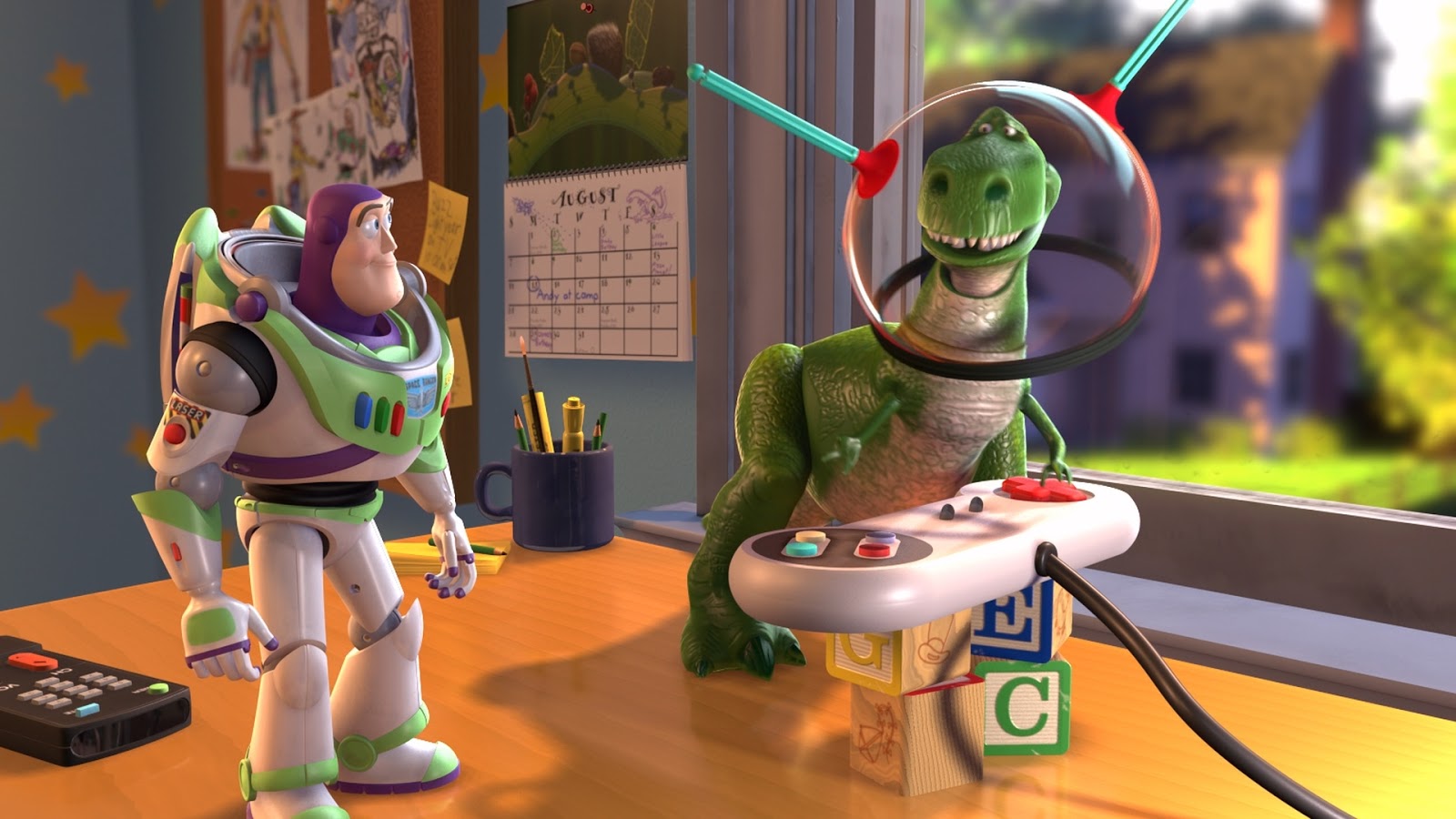 The supporting roles (Mr. Potato Head, Slinky Dog (voiced by Jim Varney) have much larger roles this time, so if you are fans of theirs, this is a must-see film. 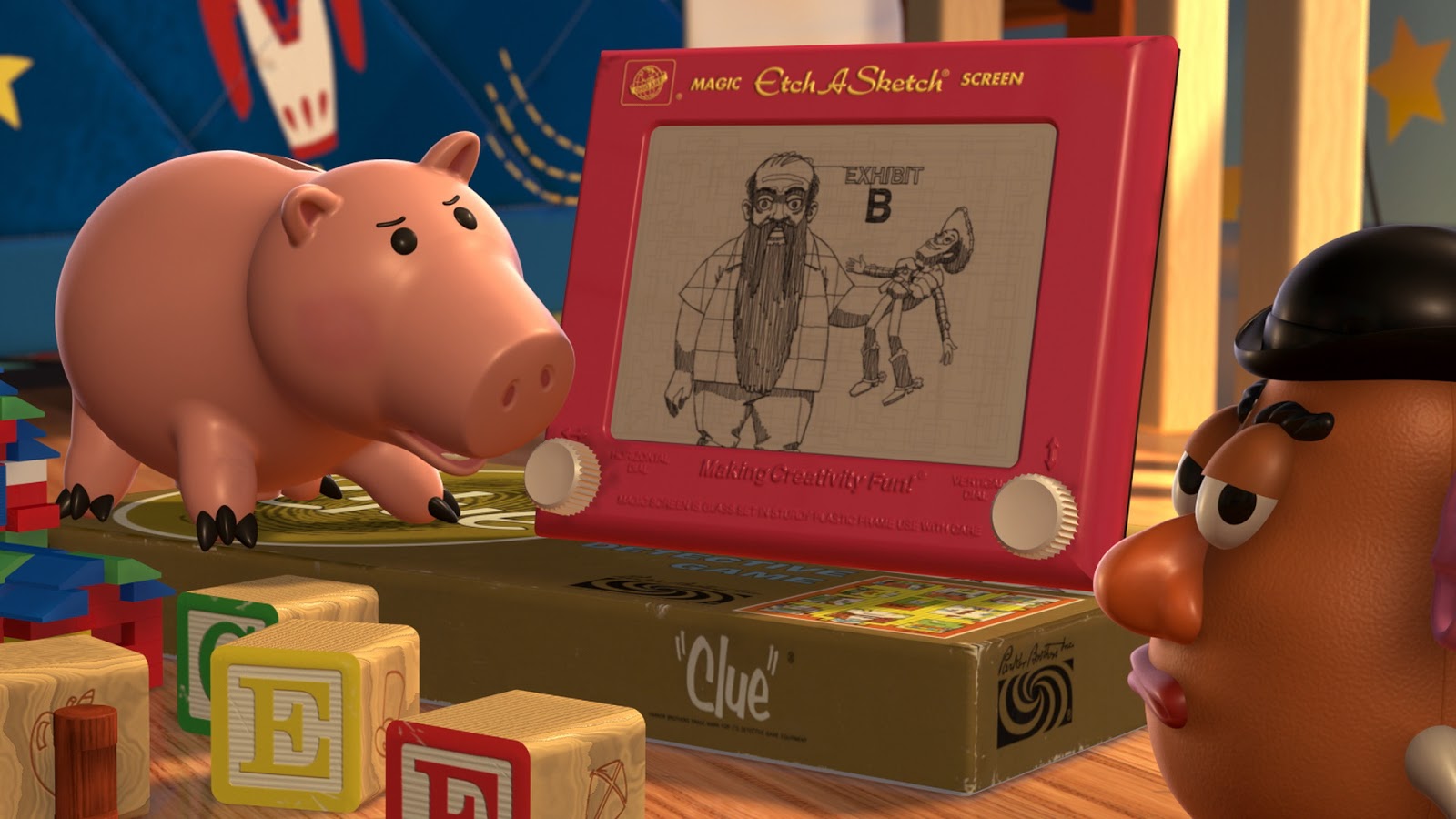 Well worth your time, this has a top-notch voice cast and is a quality production. Watch the trailer below to get a feel for this entertaining experience. The follow-up, "Toy Story 3," did even better and also is well worth your time.