The Smurfs: Manhattan is Only the First Step for the Lovable Smurfs! 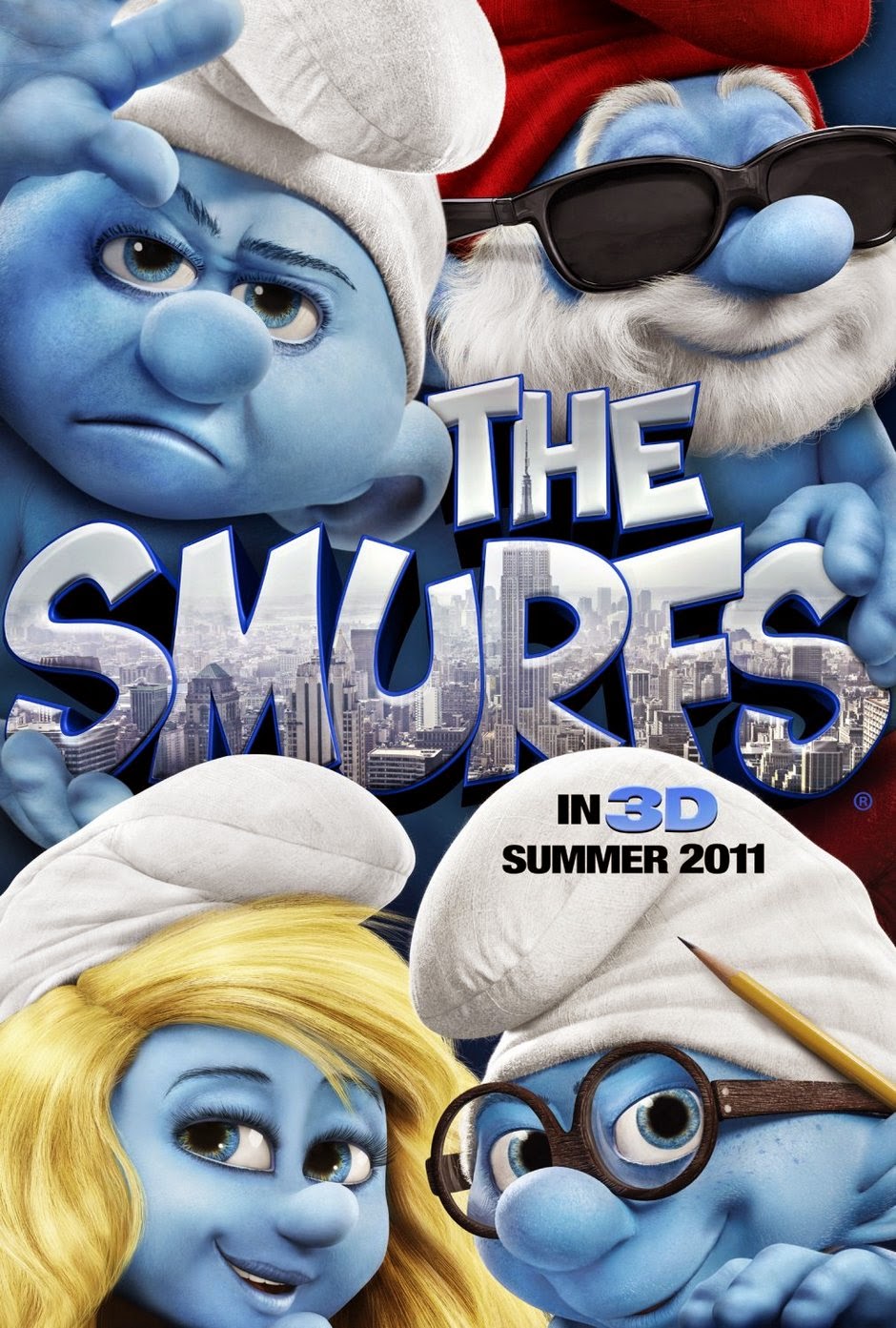 "The Smurfs" (2011) phenomenon is not a recent invention. They first appeared in 1958, when the Belgian artist Peyo published a comic book about them. Today, there are over a hundred of them, which are named (like the Seven Dwarfs) for characteristics they possess, such as "Jokey" and so on.

In this particular animated tale, when the evil wizard Gargamel (Hank Azaria) chases the tiny blue Smurfs out of their village, they tumble from their magical world into New York City.  It is a pretty thin storyline, but with these types of films, you take what you can get. 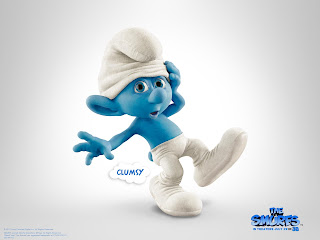 The Smurfs come from a fairy-tale land. As the narrator says, "There is a place. A place that knows no sadness, where even feeling blue is a happy thing. A place inhabited by little blue beings three apples high. It lies deep within an enchanted forest, hidden away beyond the medieval village. Most people believe this place is made up, only to be found in books or children's imagination. Well, we beg to differ." 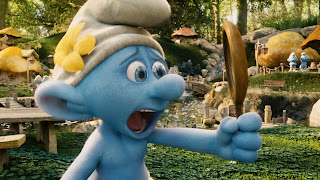 In this enjoyable film directed by Raja Gosnell, The Smurfs tumble from their magical world and into ours -- in fact, smack dab in the middle of Central Park. Just three apples high and stuck in the Big Apple, the Smurfs must find a way to get back to their village before the evil Gargamel tracks them down. 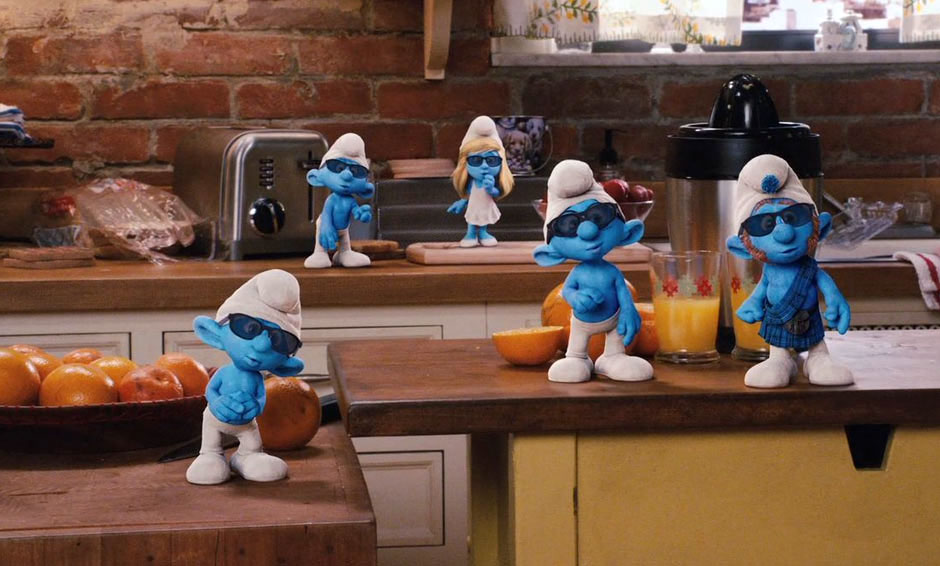 While this film is made for children, it has a surprising amount of foul language.  Parents might wish to screen it themselves before placing it at the unlimited disposal of very young children.  Think "South Park" and you won't be too far off.  Kids these days eat up the nasty stuff, so your kid might love it but it is best not to be surprised. 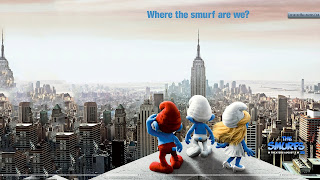 As is the case with so many children's films these days, the voices are mostly those of pop celebrities that you will recognize like Katy Perry (as a singer, she built her career on her voice, obviously).  In these things, of course, the heavy lifting goes into the animation, but the voices are important for selling the product.  Sony Pictures Animation does a fine job of creating the Smurfs. They look an awful lot like those old Voodoo dolls that kids loved.

This was one of the highest-grossing films of 2011, so somebody likes it.  In fact, a whole lot of people liked it.  Chances are that you and your family will, too, but that is not a guarantee.  Clever marketing and a built-in fan base developed over decades most likely accounted for some fraction of the audience.  For a comedy, there are surprisingly few laughs.  Adults and kids who have seen this kind of film before, with cute characters running around doing cute things just to be cute, may get a little antsy.

The New York City backgrounds are so realistic that, if you are a transplant from there to somewhere else, you may get homesick.  The characters all come from the Smurf comic books, which originated in Belgium and then were adopted by American audiences.

I am not sure if little children will like this movie as much as they might, say, the "Toy Story" films.  A lot of anecdotal evidence suggests that even little kids did not find the story very amusing or engaging.  One of these days, the studios will push their luck with these overblown animation films too far.  Personally, I think that this kind of film should be direct-to-video for children, but they still draw in the big crowds, so that won't happen any time soon.  Just don't be surprised if your child gets bored early on with this film, it is nice enough, but not a true classic in the league of "Shrek" and "Finding Nemo."