Kung Fu Panda 2: Stimulate Your Mind with Po the Panda and Friends

"Kung Fu Panda 2" (2011) is the animated sequel to the wildly popular "Kung Fu Panda" of 2008 which featured the voices of Jack Black as Po, Dustin Hoffman as Master Shifu, Angelina Jolie as Tigress, Jackie Chan and Ian McShane as the villain. Pretty much everyone is back except for McShane, who is replaced as a villain by Gary Oldman.

This time around, Po and his friends must fight to stop a peacock villain from conquering China with a deadly new weapon. First, though, the Dragon Warrior must come to terms with his own conflicted past. 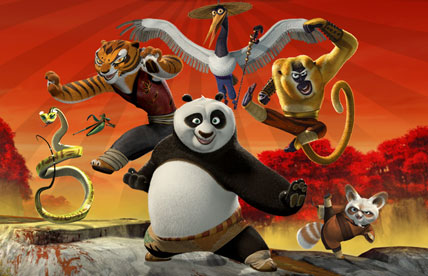 Kids will love this film, but it isn't "Shrek 2," full of one-liners and toilet humor. This one is very literate, and adults can enjoy it as well. In the Valley of Peace, former noodle-shop boy Po Ping is reveling in his fulfilled dreams as he serves as the fabled Dragon Warrior. He protects his home, and his martial arts heroes now are his closest friends.

However, Po and company learn that the murderous Lord Shen (Oldman) of Gongman City is threatening the land with a fearsome new weapon that could mean the end of everything. They attempt to stop him, but the warrior panda is burdened with crippling memory flashbacks somehow linked to this villain. Now with the fate of China in the balance, Po must come to grips with his past and find true inner peace against all opposition so that he can be the triumphant warrior the country needs. 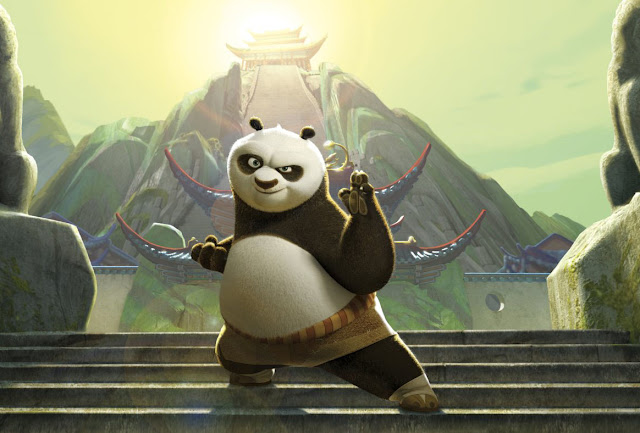 The best part about these films is the pithy quotes. Here, as in the old "Kung Fu" TV series, there are some very wise characters who utter deep comments meant to enlighten. Nobody is named "Grasshopper" for obvious reasons, but the feel is the same. Said at the right time, these words of wisdom have a deep impact:


“Now… The most important time is now…” Soothsayer


“Anything is possible when you have inner peace.” Shifu


Kung Fu Panda: “You should Shen. You got to let go of the stuff from the past – because it just doesn’t matter. The only thing that matters is what you choose to be now.”


“Once I realized the problem was not you but within me. I found inner peace and was able to harness the flow of the universe.”

“Your story may not have such a happy beginning, but that doesn’t make you who you are, it is the rest of your story, who you choose to be… …So who are you Panda?” Soothsayer 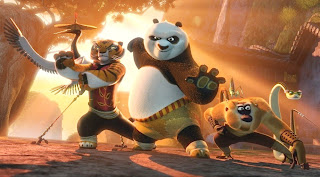 This series will stimulate your mind. A lot of time and effort went into getting particular details correct about Chinese culture. On the other hand, and in my opinion, to its detriment, the series builds on old, old Asian stereotypes. Director Jennifer Yuh pulls them out of her pocket at every turn without a second's thought. The characters are either extremely wise and profound or foolish and stupid. They can cross from stupid to wise if just told the right things at the right time. Nothing too profound, just the usual "you must find yourself" kind of thing. 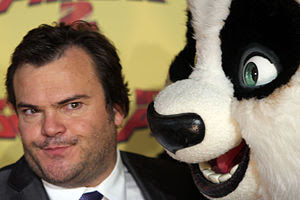 However, nobody seems to mind Asians being portrayed as deep and wise, apparently least of all the Asians (you don't hear many protests about that, do you?), so you just go along with the ride.

This is a smash-hit franchise, so you can't go wrong with it. Personally, I'm a grouch who prefers the old-style films that aren't just built around one-joke characterizations like this, but one must go with the new and out with the old. The settings start to seem the same after a while from film to film, with a heavy emphasis on red, orange, white and black, or very washed-out blues and greens. For current, computer-generated animation films, though, this series has some of the best. You won't be embarrassed by fart noises and the like when you put this in front of your child.

If you do want this, get it along with the first "Kung Fu Panda" film: that will double your - and your child's - fun.