The trailer for "Batman: Assault on Arkham" has been out for about a month, but they just released some new stills and it seemed like a good time to pull it all together and see how it looked.

This animated feature film is from DC Entertainment, Warner Bros. Animation, and Warner Bros. Home Entertainment. It is set in the same universe and continuity as the bestselling "Batman: Arkham Asylum" videogames.

Fans will know that Mark Hamill of "Star Wars" fame has been playing the Joker for the past 20 or so years, and playing him extremely well. Unfortunately for Joker fans, though, Hamill steps aside here because he has some obligations on a little project for Disney/Marvel called "Star Wars" or something along those lines. He may be done with the Joker character completely, we shall see. If so, the "Batman" animated projects were a heckuva nice way to pay the bills for 20 years for him, and we wish him well.

Troy Baker takes over for Mark Hamill and will get a chance to try out his Hamill impersonation. Kevin Conroy, though, returns as Batman, so all is well in Gotham City. The Riddler is played by Matthew Gubler, and Eliza Dushku voices Killer Frost.

This has an arty, non-CGI look to it, which some will like and some will hate. It really does look gorgeous. 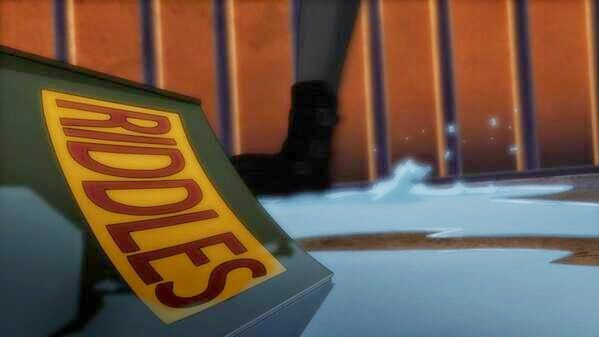 Look for Batman: Assault on Arkham on Blu-Ray, DVD and Digital HD in Summer, 2014.