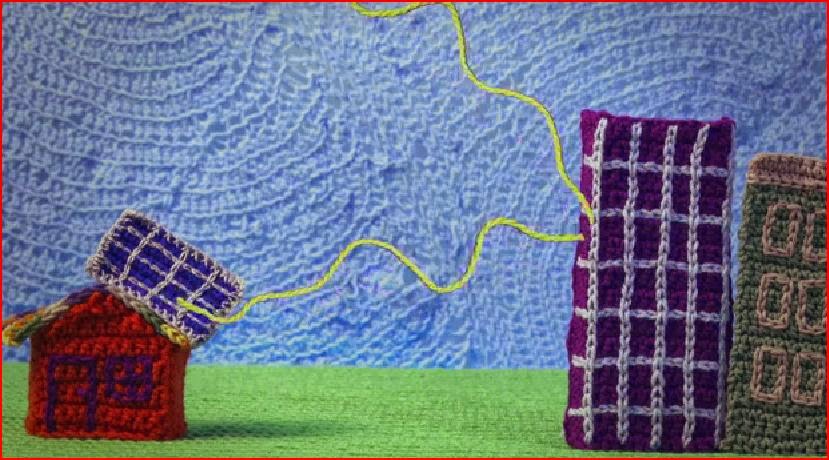 Clouds are the main problem with massive solar power systems, according to this new animation from TED-Ed. This is quite an informative video, one that anyone interested in solar power may benefit from. TED-Ed videos are intended to educate in an entertaining fashion.

The animation is done in cute fashion using yarn.

Did you know that clouds can actually increase solar power in some forms of generation, which poses a danger to the system? Clouds are all-important in solar power generation.

This lesson is by Alexandros George Charalambides, with animation by Ace & Son Moving Picture Co., LLC.

Without attempting to steal any of Professor Charalambides' thunder, he states that there is no effective way to store solar power for solar panels, but they are powerful tools because they can use all types of irradiants. Molten salt towers, on the other hands can store power during cloudy weather or overnight, but they can only use direct irradiants. They are particularly susceptible to cloud cover. Thus, the two systems and different plusses and minuses, and there is no panacea solution at the moment. You often don't hear about that sort of thing in casual news reports about advances in solar power generation, so this is a useful video to watch if you want the reality of the situation.