This is the first official trailer for "Home," the DreamWorks film that was originally going to be released in November 2014, but now will come out the following spring.

This trailer doesn't have any Steve Martin at all and is heavy on Rihanna and Parsons.

The studio previously released a teaser trailer, this is the first real trailer - just in case you are confused.


When Earth is taken over by the over-confident Boov, an alien race in search of a new place to call home, all humans are promptly relocated, while all Boov get busy reorganizing the planet. But when one resourceful girl, Tip (Rihanna), manages to avoid capture, she finds herself the accidental accomplice of a banished Boov named Oh (Jim Parsons). The two fugitives realize there's a lot more at stake than intergalactic relations as they embark on the road trip of a lifetime.
Director: Tim Johnson
Actors: Jim Parsons, Rihanna, Steve Martin, Jennifer Lopez. 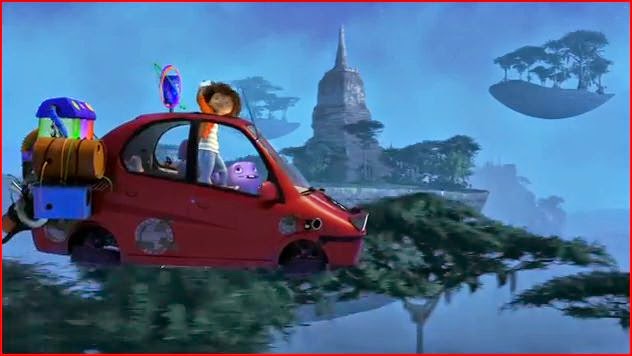