"Cuphead" is a game from Microsoft. We don't really review many video games on here because it is pretty much a different world of animation, but we make an exception for games with a completely original look that hearkens back to traditional animation. 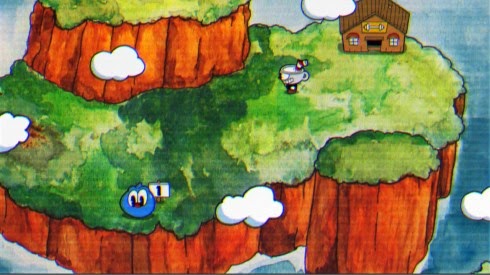 Studio MDHR is bringing back traditional 1930s- style animation for the game, which gives it a unique look. However, it is not the creaky black and white animation that you have seen before from those times, but full-color stylized animation that gives traditional animation a fresh and vibrant look. 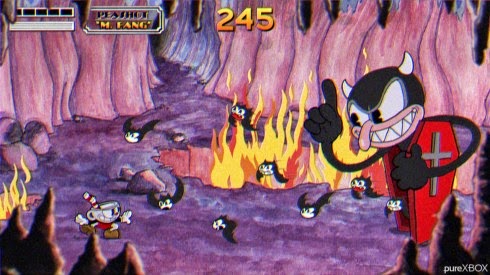 They are giving this the whole retro works, with each frame individually inked and a live jazz band performing the music. It must have taken a lot of work to put this together, but as the trailer above shows, it is worth it for those who want a slightly different feel besides all the generic video games out there.

Cuphead isn't some sleepy little game, though, It is a run and gun game with boss battles. One player is Cuphead, while another is Mugman. They will have access to the usual arsenal of weapons and so forth. It uses the Unity framework.

Cuphead is coming for XboxOne and Steam in 2015. There is a slight possibility that it may find its way to the Sega Master System, too.