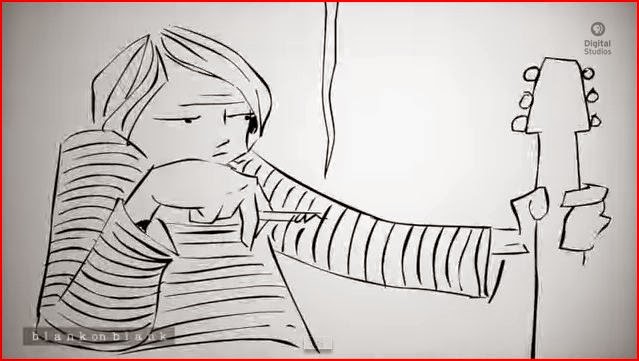 
I enjoy this series of animated interviews from Blank on Blank, and eventually will likely post all of them here. You should watch the interview(s) and decide for yourself what it (they) mean(s). What follows below is just one person's reaction, and yours may be completely different and completely correct. Judging another person from a few spoken words is virtually impossible, but that's all we have for the musical legend known as Kurt Cobain.

Kurt Cobain, frontman for grunge group Nirvana, talks in this interview about his childhood, his homophobic mother and how she hurt him, the status of women (let's leave those last two thoughts juxtaposed, and ponder how the one might influence his thoughts on the other), discovering his Irish heritage, and why he was always in very real pain - and how he believes that helped his music.

It's an interview that really should resonate with any fan of Cobain or his group Nirvana. It's also, to be quite frank, rather chilling in a way, as Cobain talks about how his recent marriage and child has meant his mental state "improved almost 100%" and that he hasn't felt this optimistic "since the divorce."

Note how Cobain doesn't mention his wife's name, nor his daughter's. That might be an editing issue - but regardless, he references them in a rather oddly formal, distant manner. One does not feel the warmth, except as their existence affects him. 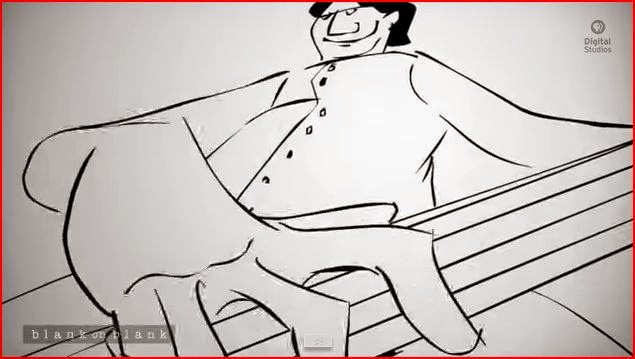 Note that this was taped less than a year before Kurt Cobain's apparent suicide. The optimistic lilt in his voice sounds boyish and self-knowing and is evidence that Cobain was on a temporary upswing in his emotions - emotions which regularly came crashing down the other way, as he was known to suffer major depression towards the end of his life. He wanted to believe that things were improving for him "almost 100%," but he sounds a little too eager to put that out there. That's difficult to reconcile with later events. Perhaps this interview is a hint of a manic-depressive state or self-deception. Performers can be like that, tortured artists and all that, and as Cobain wisely points out in probably the most insightful thing in the interview, his pain may have improved his art, "I'm kind of grateful for it."

Vincent Van Gogh may have felt similarly at times.

One might also wonder if Cobain was being entirely truthful about everything he says in this interview. Perhaps he was saying what he wanted to believe and the picture he wanted to present rather than the somewhat less-optimal reality. Maybe he was high - the record shows that he was struggling with an addiction at the time this interview was taped. Typical addicts don't just "go clean" from hard drugs for short periods of time, that's not what a junkie (sad to say, that's the correct term) is all about. He pauses oddly here and there in a manner that indicates he may be a bit off. But watch and listen and draw your own conclusions. 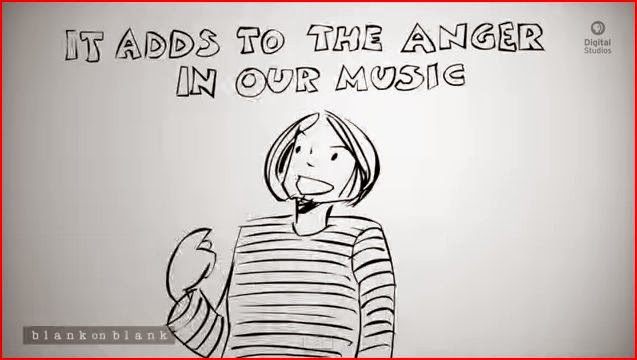 Published on Oct 22, 2013
"I even thought that I was gay. I thought that might be the solution to my problem." - Kurt Cobain