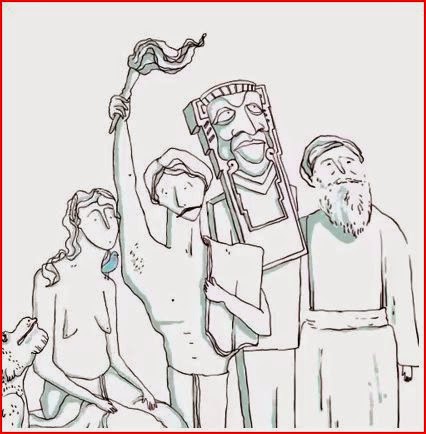 
The Khada Parsi from garima on Vimeo.

The Khada Parsi (Standing Parsi Man) is an obscure statute that you've probably never heard in a place you couldn't find on a map by a guy who is long forgotten.

However, this animation brings it to life. It's an original and creative interpretation that opens more questions than it answers but is quite interesting for anyone interested in animation.

It is a statue set up by Manockjee Cursetjee (1808–1887), a Parsi businessman and judge from Bombay. He is remembered as a reformer and proponent of female education. He set the statue up as a tribute to his father.

There's a certain romance to something that was so important once and now has been completely forgotten.


Sandwiched between the famous Byculla flyovers is the 152-year old cast iron statue of Shet Cursetjee Manockjee. The long forgotten 40 feet tall statue, once known to be a famous landmark, is back in its glory after a two year long restoration project.. Fondly called the Khada Parsi (Standing Parsi Man).