"Abiogenesis" from Richard Mans is quite polished for a non-studio animation. This is an entire science fiction tale told in four minutes - not easy to do, try it some time.

It also has superior animation effects. This is professional-level quality animation, and that's what we're interested in - animation. This is of higher quality than anything you would have seen on television a few years ago, I can tell you that for sure. Marvelous designs and detail.

"Abiogenesis" has a video game look. I don't know anything at all about Mr. Mans or his shop, but I am guessing that his experience lies in that direction. And I am fully aware that I may be wrong about that, but that's my reaction to this marvelous animation.

You may wind up wanting more after you see this, and that's a credit to any filmmaker. In any event, any fan of animation should be able to savor this without regard to the fact that it does not have any campy saber duels between heroic and ominous aliens.


In this breathtaking science fiction spectacle, a strange mechanical device lands on a desolate world and uses the planet to undergo a startling transformation, that has profound implications for an entire galaxy.
abiogenesisfilm.com
facebook.com/abiogenesisfilm 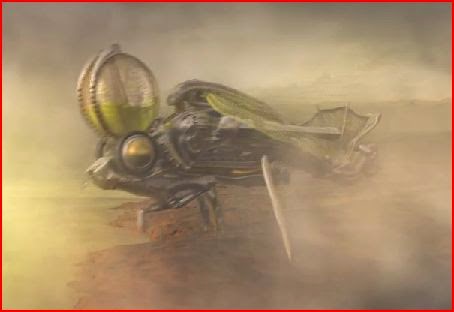