"Jack and the Cuckoo-Clock Heart" Trailer 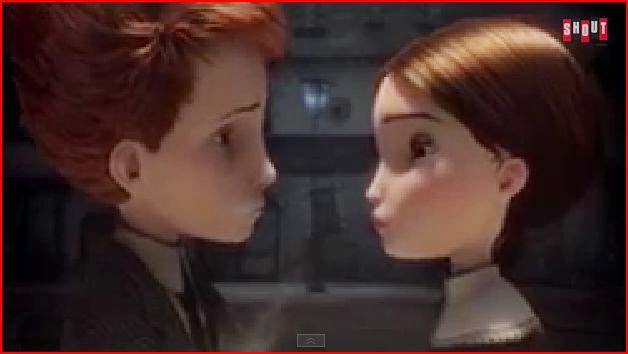 "Jack and the Cuckoo-Clock Heart" hasn't received much promotion, so let's see what we can find out about it.

This is an independent limited release out in theaters on either 24 September or 7 October 2014 (I've seen two different dates, the download page says 7 October so that's probably it). I hate being imprecise, but that's all I could find out.

It was shown in France at a film festival late last year, then received a general release in France and a few other places earlier in 2014. They must have struggled to find a distributor for the U.S. and Canada - this is a tough business unless you have mouse ears, and sometimes even for them. Finding or not finding a distributor can be the difference between success and bankruptcy. Nice that they found one.

The film will be shown in the following cities:
It is based on the popular French novel "La Mécanique du Cœur." The distributor, Shout Factory, will release the film simultaneously day-and-date on VOD, the download available in the US and Canada.

"Jack and the Cuckoo-Clock Heart" is a French CGI production. It is directed by Mathias Malzieu and Stéphane Berla and produced by Virginie Besson-Silla on behalf of EuropaCorp. EuropaCorp has been making films for about 15 years and I don't recognize many of their films, but they are the ones behind Scarlett Johansson's current hit "Lucy" - which may something to do with this film finding a distributor. Don't know, just speculation. 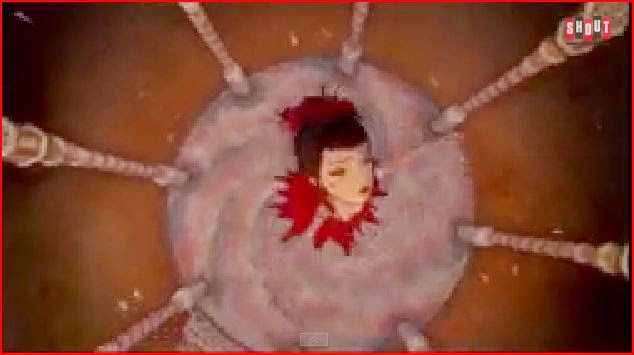 Though it is of French derivation, it has an English language voice cast that includes:
Apparently, if you like the trailer and wish to get the full film, you can do so at this site.

Don't know anything more about it, so can't give a recommendation or anything like that. It's fun to get the word out about films that otherwise will slip through the ether for most folks, maybe one or two people who see the trailer here will actually see the film and enjoy it - hey, anything is possible.

The trailer looks seriously romantic. I will note in passing - and not pick on this film in particular - that the trailer (and presumably, therefore, the film) suffers from what I call "darkness disease." By that, I mean that, as with many, many modern CGI films, it is very dark visually, lots of shadows, even when outdoors everything appears dim. I'm not exactly sure why they do that, it has something to do with making everything appear more realistic, but when you see a lot of these films that really jumps out at you. That by no means is to suggest that the film isn't terrific - it's just a casual animated film reviewer's comment.

As a general matter, it's terrific that films like this get made and distributed at all, and thus I am happy to help out in my own tiny, minuscule, un-noticeable way. Otherwise, we'd be left with nothing but annual "Spider-Man" and "Batman" and "Planet of the Apes" reboots. Those types of films are great and real crowd-pleasers, but a little variety is nice even if a particular film isn't to your personal taste - now. It may be later, we all change with time.

If anyone does see the film, hope you like it and tell everyone what you thought.

Best of luck with the film, guys.


Published on Aug 8, 2014
Coming soon to theaters and on DVD and Blu-ray. Music performed by Dionysus. You can grab the movie at: https://www.shoutfactory.com/product/jack-and-cuckoo-clock-heart-0

Edinburgh, 1874. On the coldest day in the history of the world, little Jack is born with his heart frozen solid. Wasting no time, midwife Madeleine takes action and saves his life by inserting a cuckoo-clock in place of his icy heart. And now Jack will live…as long as he observes three golden rules:
He must never touch the hands of the clock.
He must master his anger.
He must never, ever fall in love.
But fall in love he does, to a bespectacled young street performer, Miss Acacia, with a soul-stirring voice. Now begins a journey of escape and pursuit, from Edinburgh to Paris to Miss Acacia’s home in Andalusia. Based on the novel by Mathias Malzieu, Jack and the Cuckoo-Clock Heart is a fantastical, wildly inventive tale of love and heartbreak — by turns poignant and funny — in which Jack finally learns the great joys, and ultimately the greater costs, of owning a fully formed heart.