"Dateless" About, Well, You Know

Dateless from Remus Buznea on Vimeo.


This is a collection of animated interviews with real 20-somethings who have a lot going on - just not in the dating department.

The sad truth about the modern world is that people have succeeded in creating so many eternal distractions - television, computers, iPads, the Internet, music videos, Kim Kardashian - that there simply isn't any real need anymore to hook up unless you really make a point of it. And, since everybody else is in no great need to hook up, everybody's bad at it.

So, the truest response I think is the girl who admits that she doesn't try because she doesn't even know what she would do on a date anyway and would just wind up making a total arse of herself.

I mean, that really hits the bulls-eye.

You can tell these aren't Americans being interviewed because they still vaguely care. And I mean that in a good way - they still care that they're dateless. The vast herd of Americans in that age group seriously would be put out if you hinted they might be better off with, you know, some ONE rather than some THING, like the latest xbox. I bet half would lie or at least hint that they were gay just so they wouldn't get any kind of pressure to be with someone of the opposite gender.

At least these blokes and lassies kind of remember that they, you know, perhaps would really like to have someone around if it ever were to somehow come about.

Anyway, these folks are single and sterile, but that doesn't mean they aren't clever. I like the girl who says she "hides away in my hobbit-hole." That's precious.

Then there's the guy who says he doesn't wash as much as he should. Here's a hint: if you use the word "bathe" or "wash" in any way to describe yourself, just give up and join the Foreign Legion.

And that girl who says she likes buying people presents - I think I know that girl!

The girl who says all you need to do is get a pizza, some video games and some vodka - I'm there!

The one who says "I genuinely laughed and said you're really funny" - how did my ex get on there?

Anyway, you can just tell that these folks who sound all picky about who they would be with - aren't. They'd take the first presentable person that would put up with them and let them do what they normally do, and they know it. And so does everybody else. And so, they keep on stumbling along until they find somebody. 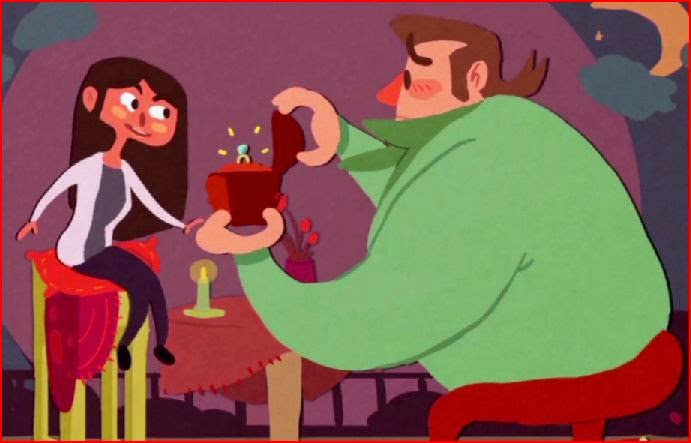