"Planes: Fire & Rescue" has turned out to be another hit for Disney. Defying all the odds and expectations, the series that originally was going to be straight to video instead have wound up turning into a little franchise of its own.

In less than a month of release, "Planes: Fire & Rescue" has grossed $50.5 million domestically and $30 million overseas on a budget of $50 million. And it hasn't even opened in some of the biggest overseas markets yet!

Going by the standard Hollywood rule of thumb, that means Disney has surpassed the $75 million (one and a half times the budget) break-even point for a film that received little publicity and supposed underperformed in its first weekend of release, coming in third.

Dane Cook, Julie Bowen, Patrick Warburton, Ed Harris, Teri Hatcher, Regina King, Brad Garrett, and Executive Producer John Lasseter have to be thrilled that they took a concept with so little expectations and have turned it into yet another Disney win.

As part of the promotion for the film abroad, where the film opens in the UK on 8 August, art director Toby Wilson is doing something that Disney doesn't typically do: release comparison shots of the "real" and "animated" shots where the film takes place.

It turns out that the scenic vistas in the film, set in the mythical Piston's Peak, almost perfectly match real settings, though with some artistic changes. The inspiration was Yellowstone National Park and Yosemite National Park.

If you look at some of the photos below and don't look to see which one is real and which is the animation, it's tough to tell. The animation is getting really good. 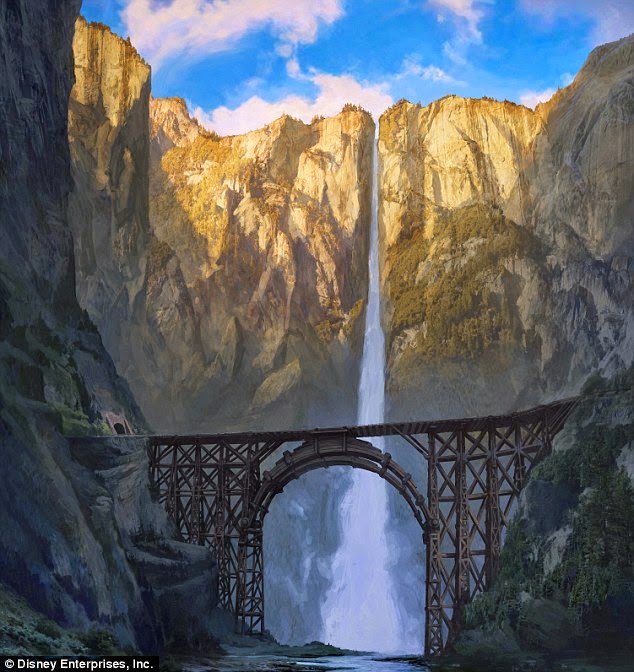