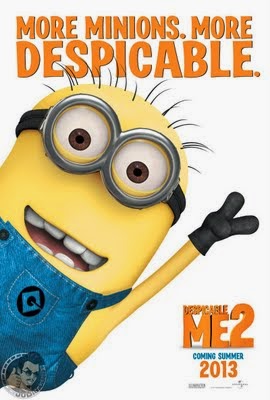 Figures show animation's growing popularity around the world. The animation industry is taking off all around the world. A study by the British Film Institute found that animation films, which were just 4.7% of all releases in 2013, accumulated 21.4% of the 2013 box office in the United Kingdom and Ireland.

That's an out-sized share for animation. It means something.

The top-earning animation films were:
Technically, animation as such is not a genre. However, that is how studies like this one always categorize it, and we're not about to argue with the authorities. While animation films can be comedies or musicals or dramas, lumping in animated feature film comedies with live-action comedies does not really tell us much - though a separate study could do that, too.

The top "Categories" in terms of share of box office were:
What does this all mean? Well, it suggests that animation is becoming a worldwide common language all its own, with top products doing well in all sorts of places. Hollywood is taking notice, with China an especially important area of opportunity.

It's easy to say that if you figured live action as a "category" it easily would trump animation. However, considering that animation only constituted such a small slice of the releases, yet gobbled up over a fifth of all box office revenue, such arguments fall flat. The animation in current films is popular, and animated feature films draw people into the theater.

The figures show the reality: animation films are exploding in popularity around the world.