She is the One Named Sailor Moon! 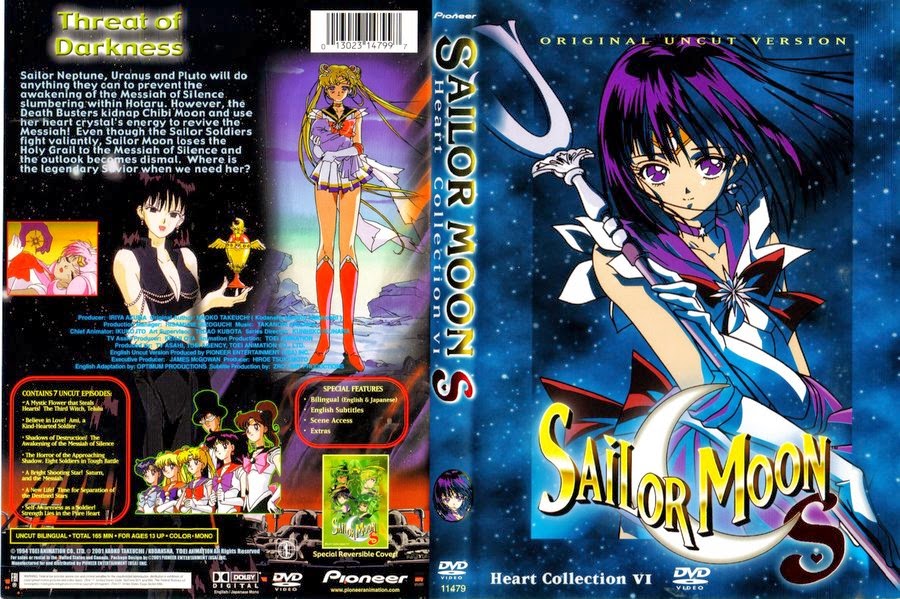 "Sailor Moon" is a Japanese manga, or comic book series, that turned into a virtual cottage industry for its creator, Naoko Takeuchi. The manga premiered as a serial in Kodansha's monthly manga magazine Nakayoshi from the February 1992 issue to the March 1997 issue. It has 52 chapters, known as Acts, and ten separate side-stories.

"Sailor Moon" was so popular right from the start that Toei Animation produced an anime television series based upon it, also titled Sailor Moon. That series began airing in Japan on March 7, 1992, and ended on February 8, 1997. The series has 200 episodes and remains a children's classic.

The heroine of "Sailor Moon" is Usagi Tsukino, a 14-year-old girl who meets Luna, a talking cat. Luna tells Usagi that she is really a magical warrior called Sailor Moon and that it is her destiny to save Earth from its many enemies. These include the Dark Kingdom, which previously had destroyed the Moon Kingdom. Usagi seeks out the Moon Princess, who was sent by her mother to the future to be reborn. They meet up with Sailor Mercury, Sailor Mars, Sailor Jupiter, and Sailor Venus and join forces to combat the Dark Kingdom and anyone else who threatens Earth.

Part of the fun of the series is learning about the characters' pasts, which are mysterious and which must be revealed to each person. Even Luna does not know the entire story, so the team gradually uncovers the truth about what is going on. As the series progress, they join up with Chibiusa, Sailor Moon's daughter from the future, as well as Sailor Uranus, Sailor Neptune, Sailor Pluto, and Sailor Saturn.

Each Sailor has a unique personality that somewhat reflects upon their planet of origin. There also is the mysterious Tuxedo Mask, who plays a key role as a romantic interest. Later villains include the Black Moon Clan, the Death Busters, the Dead Moon Circus and the Shadow Galactica.

"Sailor Moon" is the longest-running magical-girl series and popularized the genre. It influenced shows like “Powerpuff Girls” and “Cardcaptor Sakura” and was a favorite of little girls, with its wide variety of girls. The series introduced many American children to Japanese anime, and helped form the foundation for the incredible popularity of series like “Pokemon,” “YuGiOh!” “Naruto,” “Bleach” during the decades since its inception.

There have been "Sailor Moon" stage musicals, live-action series, video games, action figures, and just about everything that you can imagine. The English adaption became the first successful shōjo title in the United States after being acquired by Optimum Productions, complete with a campy theme song. In fact, "campy" is probably the best description for the hyped melodrama that infuses the series with its energy and, taken in the proper spirit, humor. The Valley Girl dialogue is a riot, "She was, like, really cool!" The series empowers little girls by showing them doing adventurous things of their own initiative and is remembered fondly by many grown women and men.

Below are two episodes of the English dub series, Season 1 Episode 30 "A Crystal Clear Destiny," and Episode 39, "The Past Returns"