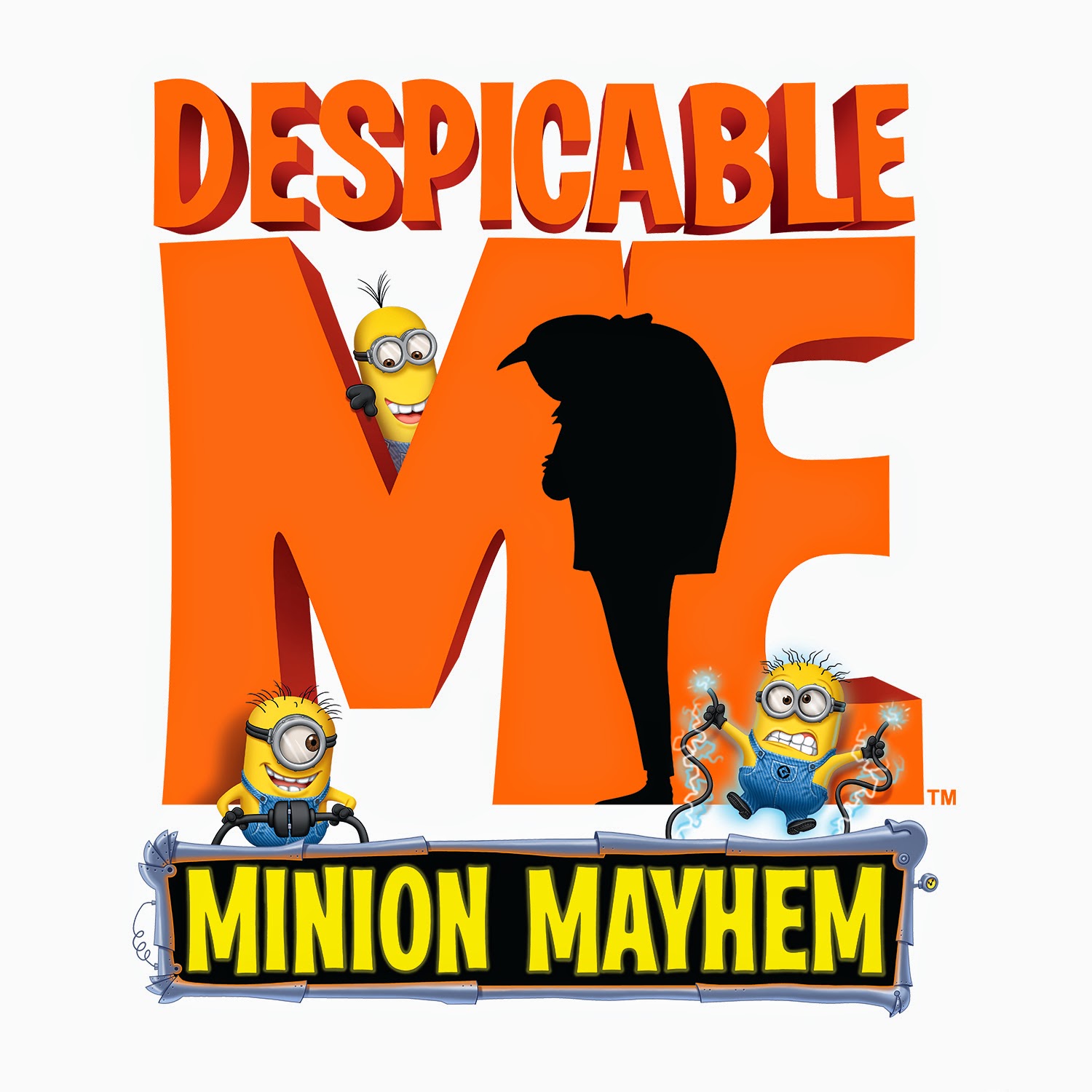 A "Despicable Me" ride is on its way to Universal Studios Hollywood.

While all of Hollywood fawns over the Disney Revival that (so far) has been capped by the sensational blockbuster success of "Frozen," the "Despicable Me" franchise has been chugging along like Alydar pacing Affirmed, always a step behind but very much a success in its own right. You just can't say bad things about two movies that together have grossed over $1.5 billion dollars, which - incidentally - is way more than "Frozen" alone has grossed (so far). That ain't minion money!

While Steve Carell deserves unlimited credit for his hammy portrayal of villain-with-a-hidden-heart-of-gold Gru in the Illumination Entertainment films, for many fans the real stars of "Despicable Me" and its similarly fantastic sequel "Despicable Me 2" are the minions. If you haven't seen those films yet, you may wonder, what is a minion?

Well, they are those yellow munchkins you may have seen down in the toy aisle down at the store that looks suspiciously like SpongeBob SquarePants. It is time for those little guys to get their own movie, and, more importantly for visitors to Universal Studios Hollywood, their own ride.

The "Despicable Me" story centers around Gru, who perpetually tries to steal the moon, but along the way finds himself the father of three adorable little girls (Margo, Edith, and Agnes) he picked up at an orphanage as part of one of his schemes. Throughout his adventures, Gru is aided by his numerous henchmen - the minions.

The new ride will incorporate "minionization," which involves Gru informing visitors that he wants them to join the serried ranks of his minions. The visitor presses the doorbell at the entrance of one of the neighborhood homes and the minions (the voice of director Pierre Coffin, who does their voices in the movies) greet them. Then, a costumed Gru appears to welcome you and pose for pictures with your own little minions. Then, you enter the ride and walk by Gru's iconic car and various other props from the films.

The highlight involves putting on 3-D goggles and seating yourself in a special hydraulic chair that creates the illusion of placing you inside a movie specially created for the ride. You exit while being encouraged to join in by dancing (projected) minions.

While there, you may also visit a special arcade, a cafe serving movie-themed food, a movie-themed store full of Super Silly Stuff such as a fart gun and a plush unicorn seen in one of the films, and Super Silly Fun Land, an outdoor play area that appears similar to a seaside resort Gru brought his daughters to visit in the original "Despicable Me." Don't go there without your wallet or your little minions may be disappointed.

This is not some slapped together job from the B-team - the director of "Despicable Me," Pierre Coffin, and upcoming "The Minions" writer Brian Lynch and animator Chris Bailey were involved in this project. It may be viewed as an extension or enhancement of the films done in collaboration with Universal Creative, the gang responsible for the theme parks themselves. The ride replaces "T2 3-D: Battle Across Time," which served a long and prosperous role since its opening in 1999 but has fallen on its sword at last.

Universal Studios Orlando already has a smaller version of the ride which opened in July 2012. Make no mistake, while adults can find a lot to enjoy at Minion Mayhem, the focus is on entertaining smaller minions who will enjoy Super Silly Fun Land and related adventures the most.

Also coming eventually at Universal Studios as part of its $1.6 billion, 25-year expansion is a "Wizarding World of Harry Potter" show. Standard rates for access to the park for the day is $84, though discounts can be had. The official opening day is April 12, 2014.