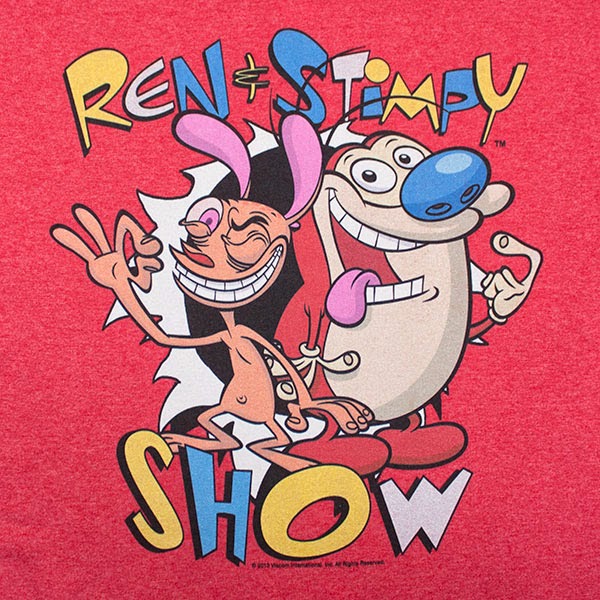 Few animated series have had as much notoriety or impact as "The Ren & Stimpy Show," often simply referred to as "Ren & Stimpy." This American animated television series, created by Canadian animator John Kricfalusi, only ran for five seasons, but the name endures as a symbol for anarchic comedy.

The show premiered on August 11, 1991, on Nickelodeon as part of its Nicktoons block (along with "Rugrats" and "Doug"). John Kricfalusi voiced Ren and Billy West voiced Stimpy (he took over Ren after Kricfalusi was fired). The jokes were bawdy and the musical background roamed the gamut from classical to bluegrass. Quickly, the series ran into trouble with Nickelodeon's Standards and Practices department, which makes sure that what is shown on the network is acceptable. The problem was, much of what the animators wanted to show wasn't acceptable. So many fights resulted that Nickelodeon actually fired the series creator, Kricfalusi, which doesn't happen too often.

The title characters of "The Ren & Stimpy Show" are Ren Höek, an emotionally volatile chihuahua with a "south of the border" accent, and Stimpson J. Cat, a genial but confused cat who sounds a lot like Larry Fine of the Three Stooges. The two found themselves in a wide variety of adventures, from Old West cowboys to astronauts to tv personalities. Each episode would feature Ren and Stimpy quarreling with each other as they figured out what to do in their particular situation.

The whole thing looks as though it was done for laughs, though it was painstakingly put together, and the jokes were intentionally not topical ("Did you see what President Bush did about Cuba?") but strove to be enduring like the classics. Much of the series' appeal arose from the guest voice actors both currently popular and hearkening back to old Hollywood classics (e.g., Phil Hartman, Mark Hamill, Alan Young of "Mr. Ed," Gilbert Gottfried), who added their particular brand of humor to the proceedings and raised the bar on tv animation cameos.

Kricfalusi had started working on the characters during his college days, and he formed production company Spümcø to prepare the series for airing. Clearly, it was a very personal project, like many school-derived ideas. "Ren & Stimpy" was cheap to produce, but a lot of the humor was very edgy, relating to bodily functions and the like, and Nickelodeon soon got a little worried. Some viewers just found it to be weird, and it certainly was unlike anything that had been on cable before.

The ratings were high, which kept it on the air, but pretty soon everybody was upset with everybody else. Finally, Nickelodeon had enough and fired Kricfalusi about a year into the show's run and moved production in-house (which began Nickelodeon's own animation division, Nickelodeon Animation Studios). Everybody pretty much agrees that the show's cutting edge (and arguably offensive) humor and originality started disappearing soon after that, though there were many classic Ren & Stimpy episodes still to come.

In terms of visual style, the hand-drawn animation used the distorted mannerisms of traditional shows such as "Looney Tunes." Fans of the "Garbage pail Kids" would find themselves right at home, and the violence was on a par with that of the Roadrunner cartoons. Extreme closeups dominate and odd backgrounds that give the settings a timeless (and place-less) feel. It also borrowed an idea from "Saturday Night Live" and incorporated fake commercials advertising humorous products that did not exist in the show, cable, of course, not having commercials. The gross and adult-geared cartoons with their grotesque close-ups and vibrant colors directed influenced shows such as the mega-successful "SpongeBob SquarePants" and "Beavis and Butt-Head," not to mention "South Park."

Ultimately, the problem between Nickelodeon and Kricfalusi stemmed from their disagreement about the purpose of the "Ren & Stimpy." Nickelodeon wanted an "educational" slant that was never part of Kricfalusi's agenda, and parents' groups were horrified by the toilet humor and violence. It's difficult now, in hindsight, to see what all the fuss was about because there isn't anything that terrible (it was only animation violence!), but this was cutting edge animation in the fairly new medium of cable tv on a network aiming at children, and different sides were only beginning to stake out their positions. Episodes were cut, scenes altered, character names changed ("George Liquor" became just "George") and even an occasional episode dropped completely.

Kricfalusi returned in 2003 with a new version airing on Spike TV - aimed at an older audience - named "Ren & Stimpy 'Adult Party Cartoon.'" It went way beyond even the original "The Ren & Stimpy Show," and included female nudity and gay relationships and probably would have had even more controversial topics if Kricfalusi could have gotten them aired. Perhaps Kricfalusi wanted to reimagine "Fritz the Cat" eventually, but he never got the chance. The show simply proved a little much even for an older audience who might have liked a little sexual provocation, with the characters imbibing their own bodily fluids and the like. It only lasted a few episodes before Spike TV got rid of animation completely.

Not everybody was a fan of "Ren & Stimpy," but it was a show that people noticed, even famous old-timers. Animation legend Joe Barbera was one of them, speaking here in the mid-1990s. He provides a not-uncommon view that the series was lowering quality standards, but also a definite back-handed compliment to "Ren & Stimpy":


“Today’s stuff looks like a wave of people imitating ‘Ren and Stimpy’. And I don’t have the faintest idea why we’ve gotten into that phase. It’s plain and simply just gross. I actually saw an episode of some show where the whole story took place around a toilet. Will anyone want to see that thirty years from now?

“I see no stories, only different looking characters. But while a lot of Hanna-Barbera characters have heart and feeling, these new ones I see are more phrentic. They zip all over the place and scream a lot. And the shots are just a bunh of quick cuts. You damn near lose your mind watching the show.

“But it’s like classic movies, you can watch ‘Casablanca’ over and over. The stories in ‘The Flintstones’ are still relevant today. Cartoons are meant to be funny and they’re not funny anymore. I wonder what happened to family entertainment. It’s all been replaced by new versions of ‘Ren and Stimpy’. They’re gross and violent, but not funny. There’s no subtle humor, no delineation of character. The voices don’t even stick in your mind like they used to. When I criticize other works, I don’t want to come off as complaining. I always back up and say everyone deserves a crack.”

You can find "The Ren & Stimpy Show" on DVD, but be careful, because some versions are heavily censored and some are not. The entire series is available on a deluxe German 8-disc set that includes all sorts of add-ons and bonus features, and you can also find different combinations of seasons. Many fans like the DVDs that have only the first and second seasons, when Kricfalusi still was running wild.