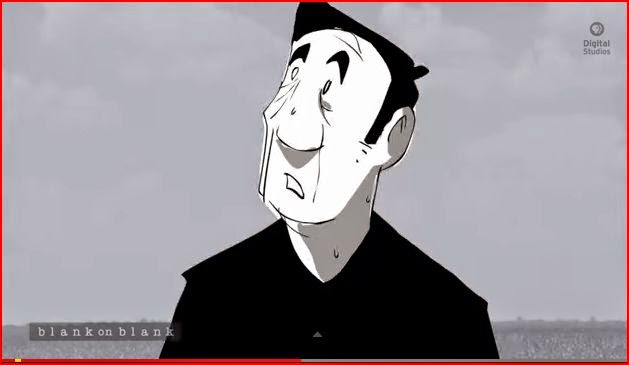 Animated interview with country singer Johnny Cash. Johnny Cash tells Barney Hoskyns about his inspiration to sing, the pain he faced, and how he viewed himself in this Blank on Blank animation for PBS Digital Studios.

For some folks, Johnny Cash is about as iconic as you get. He also is wildly misunderstood by some folks who simply see the tough-guy pose and his self-portrayal as a controversial renegade. It's easy to forget how ground-breaking and almost counter-cultural his Folsom Prison appearance was at the time. This was not a man who would be mistaken for any other.

Cash's reflections on how brave he is seen by others have the sound of a man who has thought a lot about that topic. Was he an icon? Hear his thoughts about that.

One thing that everybody probably realizes already, though, is that Johnny Cash was the ultimate original. He carved out a niche that nobody else came - or comes - close to filling. This is a guy that some real old ornery fellows out there, the ones who don't really think much of famous pretty boys or top-selling crooners, will speak about to this day with respect and almost reverence. Cash had that sort of effect on people.

Johnny Cash provides interesting anecdotes about Elvis Presley that you may not have heard before, his hardscrabble beginnings and how he hoped to die.


"I just hope and pray I can die with my boots on"
- Johnny Cash, 1996
Interview by Barney Hoskyns
Hear the full interview @ Rocksbackpages.com
GIFs and more Johnny Cash goodness - blankonblank.org 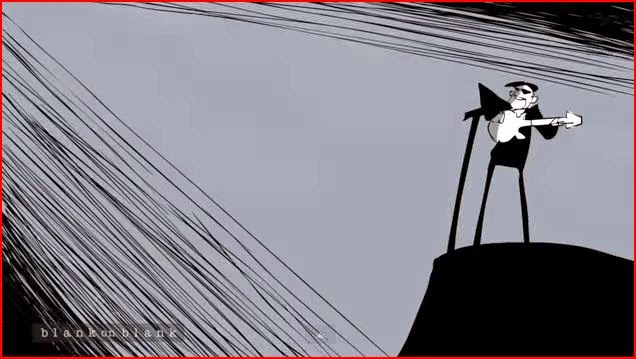