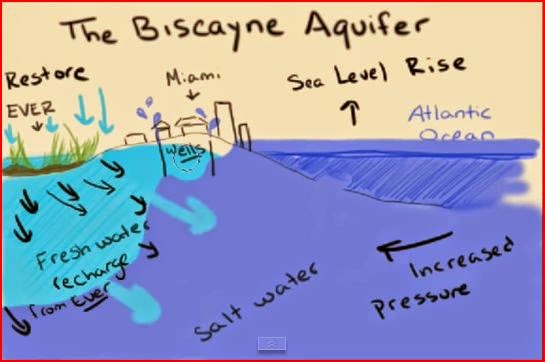 Animation of Everglades Climate Change. This is an educational little animation about the potential changes in the Everglades due to projected climate change. It was created by Rachel Johnson of the University of Miami with narration by Emily Northrop.

Climate change seems to be the theme of the day today, so we're going with it. The Everglades would be a terrible thing to lose, don't you think?

It is a nice video which makes its point. I like these science animations, a great way to learn stuff without having to go out of your way.

A short animation about why Everglades Restoration is more important than ever in the face of sea-level rise. Created by Emily Northrop and Rachael Johnson, University of Miami End credit music: Earth (Instrumental) by Imogen Heap