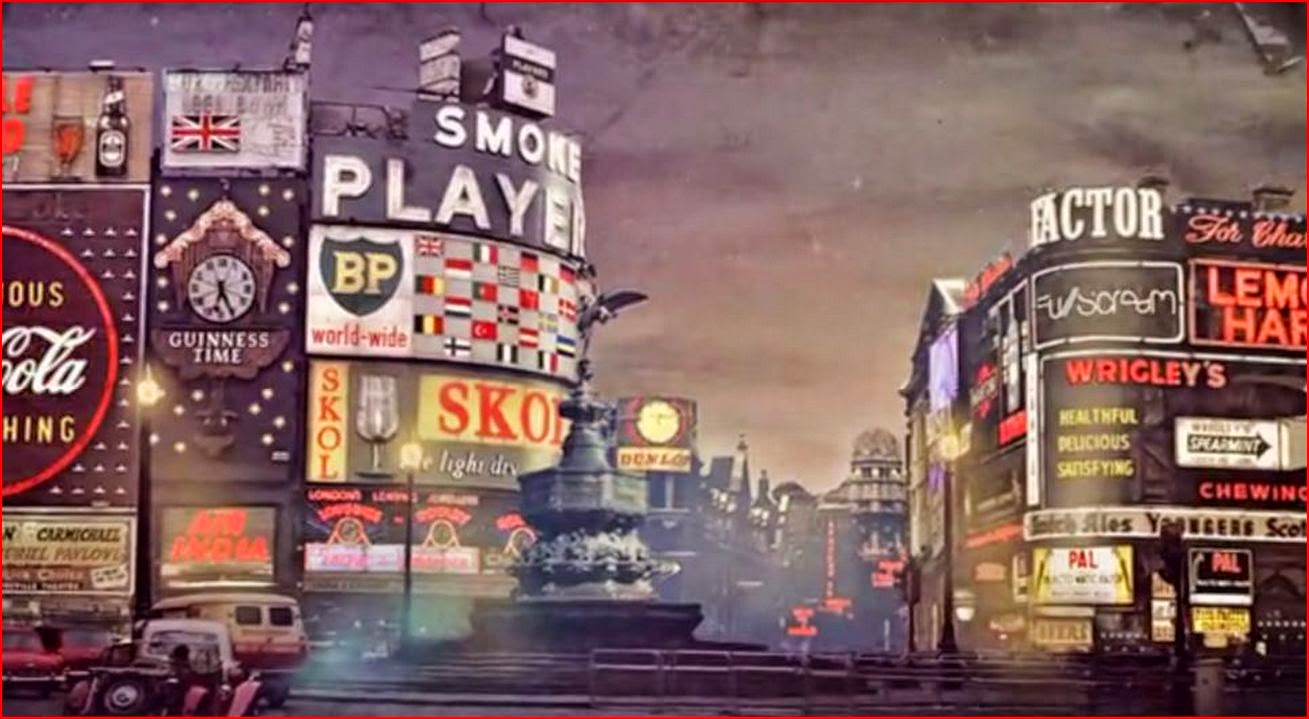 This is an animation from the London agency FullScream. It is an animation showing what Piccadilly Circus in London looked like on a Spring weekday evening in May 1961. They used Adobe After Effects and 3D camera mapping programs to create the illusion of movement.

The comparison between the old billboard-laden area and the drab spot it has become - now with only some scattered LED screens - is startling.

As a one-off project, this is a fun look at what was and a great way for the agency to get its name out there by doing something with broad appeal.